FPL Family’s Sam Bonfield has her sights set on the top 10,000 in Gameweek 10 and guides us through her current strategy in our latest Pro Pundits article.

It’s always nice when a mini-Wildcard pays off.

Having only made six transfers all season, ahead of Gameweek 9 I decided to buck my trend and take a four-point hit. Doing this enabled me to bring in Jamie Vardy (£9.1m), Callum Hudson-Odoi (£6.0m) and Caglar Soyuncu (£4.7m).

The appeal of the Chelsea and Leciester fixtures over the next few Gameweeks meant that I felt confident that the -4 would be worthwhile.

With Vardy’s goal and two bonus points, and Hudson-Odoi’s assist, clean sheet point and three bonus points, the return was immediate. Even Soyuncu’s two points were an improvement on the blank that Issa Diop (£4.5m), whom he replaced, posted.

Overall my team picked up 46 points. This was helped by John Lundstram (£4.6m) coming off the bench with six points for the injured Mohammed Salah (£12.4m), making him a hero to me as well as the highest-scoring defender in the game now with 45 points. This was a green arrow from 19.5k to 14.7k.

However, Gameweek 9 wasn’t all sunshine and roses. Harry Kane (£10.9m), whom I entrusted with my captain’s armband, returned a meagre two points, far less than his record against Watford suggested that he would (three goals and one assist in the last four fixtures against the Hornets). As a result Kane’s place in my squad is now being called in to question.

Kane, alongside his premium counterparts Aguero, Aubameyang and Firmino all blanked, and they are now being regularly outscored in terms of FPL points by their less-expensive counterparts.

When you compare the points return of Kane and the other premium assets since Gameweek 4 to the likes of Vardy, Tammy Abraham (£7.7m), Callum Wilson (£7.9m), Danny Ings (£5.9m) and more recently Raul Jimenez (£7.1m), it is increasingly hard to justify Kane’s place in my team give the difference in the price tag alongside the difference in the total points scored.

Ideally, I would have liked to have rolled my transfer this weekend having taken a -4 last week. However, there are a couple of potential transfers that I am keeping a close eye on – one of these is Kane out. The others depend on injuries to Mohamed Salah (£12.4m) and Nicolas Otamendi (£5.6m), as well as the rotation risk that Otamendi now poses with the return of John Stones (£5.3m).

If the injury worries are dispersed during the press conferences this week then potentially I could roll a transfer and hold Kane for the game against Liverpool, where historically he has picked up points.

If Kane out is the transfer that I want to make this week, I will continue to play the 3-4-3 formation with which I have had a lot of success with so far this season.

However, rather than choosing another premium asset, I will be picking a replacement from the lower £6.0m-8.5m bracket.

Having assessed the xG data, alongside the statistics on touches inside the box, shots, accuracy as well as the Influence, Creativity and Threat statistics which I really value when making transfer decisions, I am favouring a return of, in my opinion, the player of the whole game last season: Raul Jimenez (£7.1m).

The Wolves fixtures between now and Gameweek 19-20, when they play Manchester City and then Liverpool, look excellent especially for attacking returns. 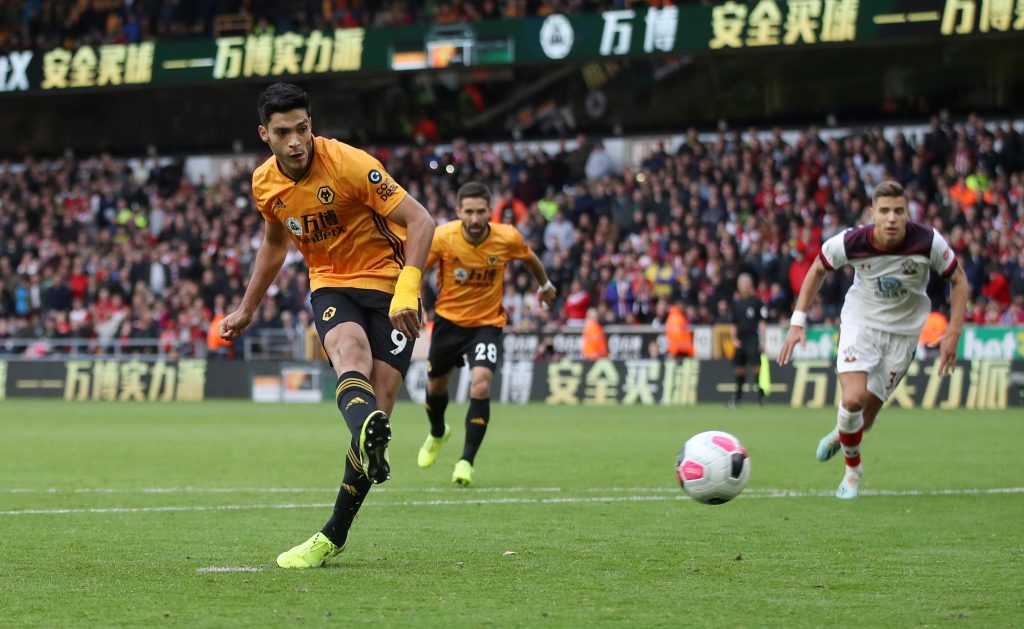 Another key issue for me ahead of Gameweek 10 is Salah, who has already dropped in price once and who did not feature in the matchday squad when Liverpool travelled to Manchester United on Sunday.

The Sadio Mane (£11.8m) versus Salah debate has, up until this weekend, not really come in to my thinking. For me, Salah is the premium asset that I want from Liverpool and the smaller difference in price this season (now just £0.6m) means that the price tag of the players is less of a consideration than it was last season.

In 2018/19 I made the move from Salah to Mane and because of the money saved and the fact that the players ended the season on the same goal tally, it was the right decision to redistribute the extra money for Salah among the rest of my squad.

Although Mane is currently ahead of Salah on points returns from 2019/20, I still feel that the points totals that the players accumulate over the course of the season will be very similar and therefore I still see value in holding Salah, especially as the Egyptian is currently averaging 6.9 points per game in comparison to his 6.8 points per game last season.

Salah’s shots inside the box and big chances per match statistics have also increased so I would like to hold. However, if the ankle injury that kept him out of Gameweek 9 will prevent him playing again Spurs this weekend, then I will need to make him my transfer out. With Liverpool’s upcoming fixtures, an attacking player from their ranks feels essential. 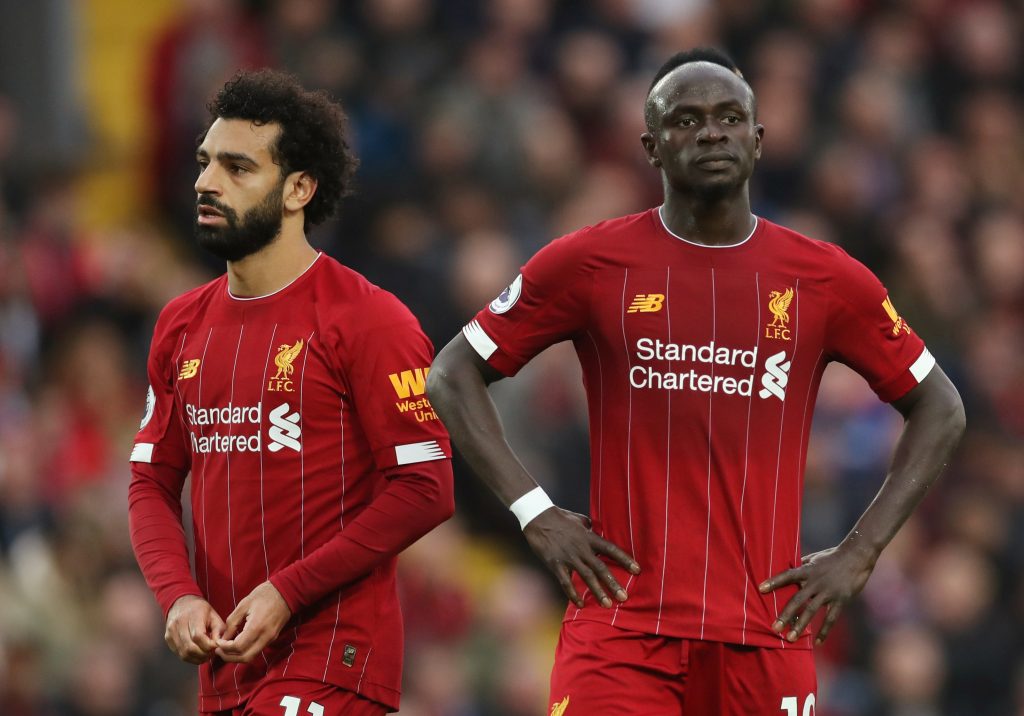 Otamendi is a transfer consideration for me this week. With the injuries to Aymeric Laporte (£6.3m) and Stones it made perfect sense to bring him in especially with the potential for attacking returns.

However, with a knock keeping him out of Gameweek 9 and Stones getting some gametime, I now worry about Otamendi’s minutes moving forward and therefore I am keeping a close eye on him.

Ahead of a home game against Aston Villa this weekend, a Manchester City defender would be a good option – so if Otamendi is likely to be missing I might look to reinvest that money.

However, as it is a full European card this week, I am going to wait until Thursday evening to make my transfer to ensure no injuries to my squad. That means that I have time on my side while I argue with myself about the best strategy for Gameweek 10!

In terms of the all-important captain’s armband, the last couple of weeks have not gone to plan with blanks for Teemu Pukki (£7.0m) in Gameweek 8 and Kane in Gameweek 9 – so this week must go right if I’m to maintain chipping away at the top 10k.

This week I’m trusting in Kevin De Bruyne (£10.1m), who was incredibly unlucky not to pick up attacking returns in Gameweek 9 (especially in front of an open goal when Gabriel Jesus (£9.5m) failed to square to him).

In his last two games prior to his injury, he picked up 17 and nine points respectively. I am expecting a good points return from him at home to Aston Villa on Saturday lunchtime.

My Team In Gameweek 9

Sam Bonfield is a member of our Pro Pundits initiative, a team of Fantasy managers here to bring you regular advice and updates on their teams. Sam has served up two top 30k finishes in the last two seasons and is currently inside the top 15k in the world.