In pre-season, I wrote a Hot Topic on Sheffield United’s approach, suggesting Jack O’Connell (£4.6m) and Enda Stevens (£5.1m) should be on our Watchlists.

As an Aston Villa fan, I’d seen first-hand how good they are in the Championship. Following our play-off final victory in May, Jack Grealish (£5.9m) was interviewed by pundit for the day Chris Wilder, and told him: “Your boys were the best team we’ve played this season”. It’s hard to argue otherwise.

By the time Gameweek 1 had arrived, my selections had changed but my thoughts on the Blades remained the same: that they’d be a team pushing for a top-half finish. Both Dean Henderson (£4.7m) and John Lundstram (£4.8m) were installed in my squad, and what an impact they’ve made.

Before this season, Lundstram had only scored two goals since the start of the 2018 calendar year. Against Burnley, he had two by half-time. Has there ever been a better Fantasy Premier League budget asset? Probably not.

Their recent performances have made me consider tripling on them from Gameweek 13, with a favourable run of fixtures ahead:

Stevens, John Fleck (£4.8m) – who like Lundstram, looks like he’s been given a bit more license to push forward recently – and Lys Mousset (£4.9m) are all under consideration, but the defensive triple-up is what I’m currently leaning towards. This is a team with the joint-best defence in the league, they’re yet to lose a game by more than one goal and they have only conceded 37 shots on target all season, which is only bettered by Liverpool and Chelsea. 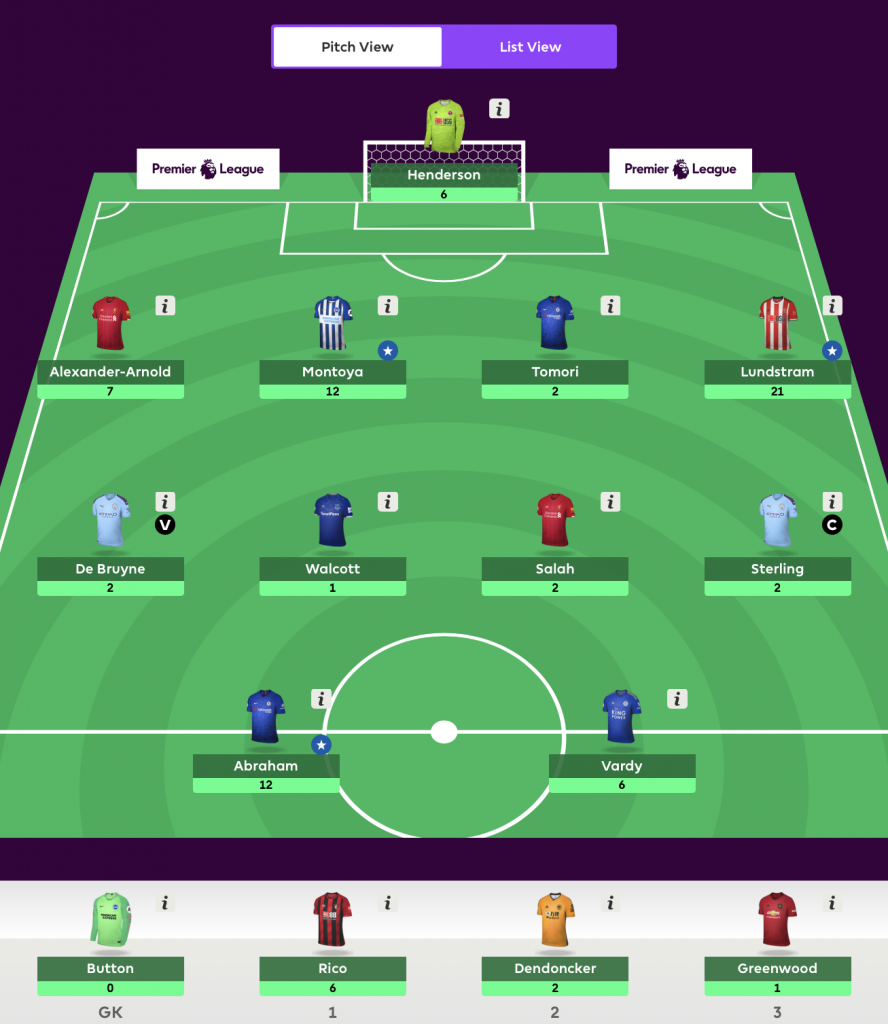 Re Theo Walcott (£6.2m), you can read more about my thought process behind the move in last week’s Hot Topic. How do I feel about it now? A little frustrated.

A few moments for Walcott stood out – he almost registered an assist on a couple of occasions – but his average position and poor final ball are a concern. I’ll no doubt give him a second chance against Southampton and Norwich City but again, I’ll be monitoring his and Everton’s performance carefully. With no André Gomes (£5.3m) for the foreseeable future, I think they could lack a player capable of dictating play from deep and controlling games, but let’s see.

Sunday’s game between Liverpool and Manchester City has the potential to be a classic, and I can’t wait to see what Jürgen Klopp and Pep Guardiola have in store for us tactically. The Citizens have issues in defence, and you can see the Reds pressing hard, high up the pitch, trying to force them to make errors. I see a score draw but you can make a case for either side winning.

In Gameweek 12 I’ll likely roll a transfer, despite the temptation to turn Montoya into Çağlar Söyüncü (£4.8m). This is largely because I have an eye on Gameweek 13 when I won’t have a playing keeper (Henderson is ineligible to face parent club Manchester United), and two transfers will give me a bit more flexibility in my choices.

In terms of captaincy, it’s Jamie Vardy (£9.4m) – again. He scored his tenth Premier League goal of the season against Crystal Palace on Sunday and is scoring at a rate that would surpass the 24 he racked up in Leicester City’s title-winning season.

Here’s a nice stat: since Brendan Rodgers first took charge, Vardy is averaging 7.43 FPL points per match. With only Aston Villa and Norwich conceding more shots than Arsenal this season, I see it being a long 90 minutes for the Gunners, in what could be a defining moment for Unai Emery.

Also, a quick word on Wolves. I’ve been pretty down on them in recent weeks due to a lack of creativity going forward, but it was great to see a player I talked up in pre-season, Diogo Jota (£6.1m), back to his best at the weekend. It was a match where he did everything but score. For anyone who likes Wolves and can’t afford Raúl Jiménez (£7.2m), Jota could be a good shout.

Here’s a look at his shot locations from the Emirates, which is encouraging:

This is how I’ll likely line up heading into Gameweek 12, barring any injuries between now and Friday. 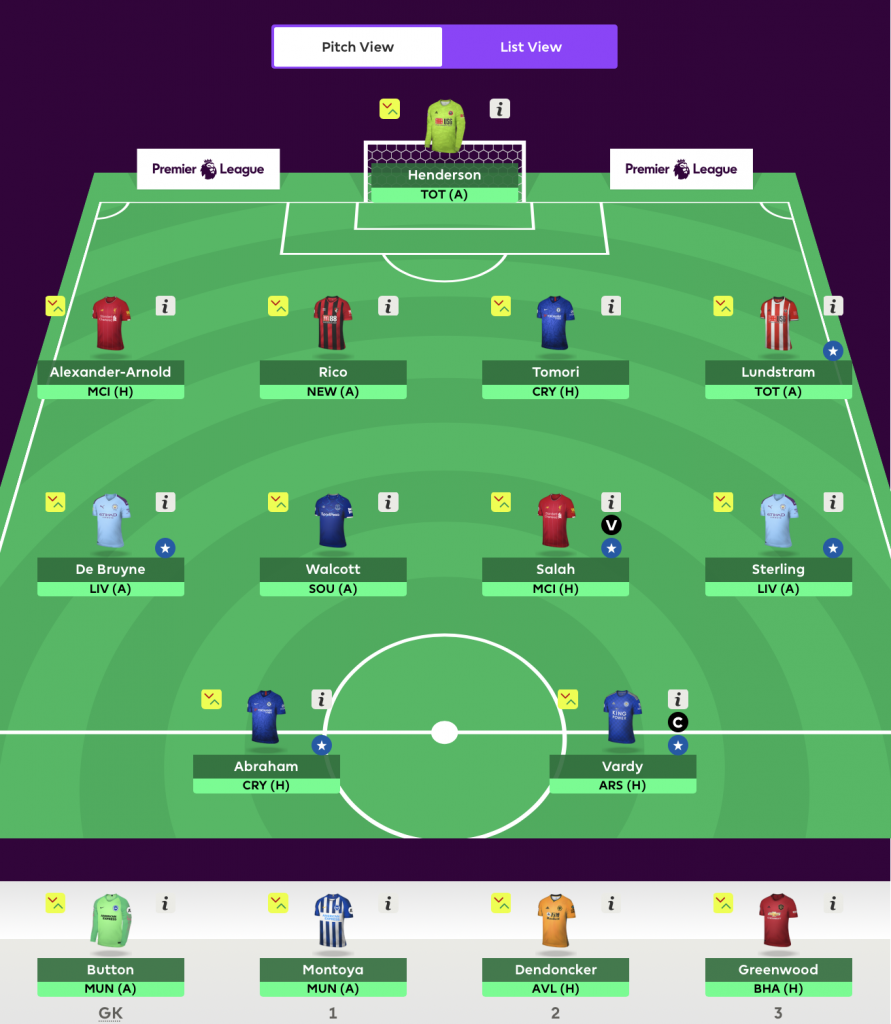