I don’t like making late changes to my team – at that point, it all feels a bit rushed. Despite this I still found myself on Saturday morning chopping and changing between Jamie Vardy (£9.9m) and Sadio Mané (£12.2m) for captaincy, only to pick the wrong one. 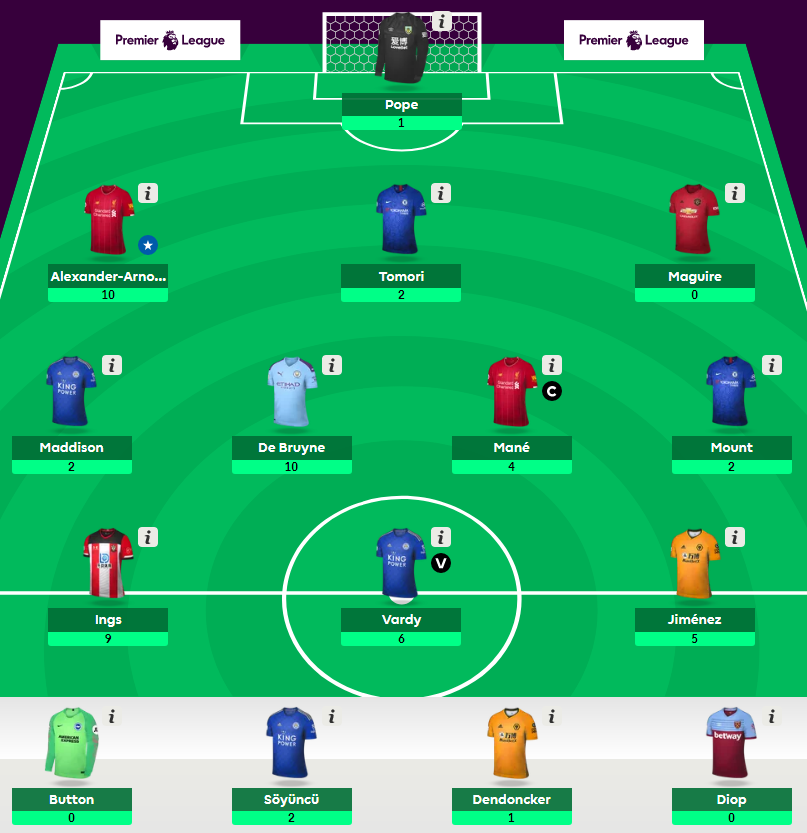 Looking ahead to Gameweek 15 and I’m in that weird situation where I could transfer out one of three players or just make no transfer at all. 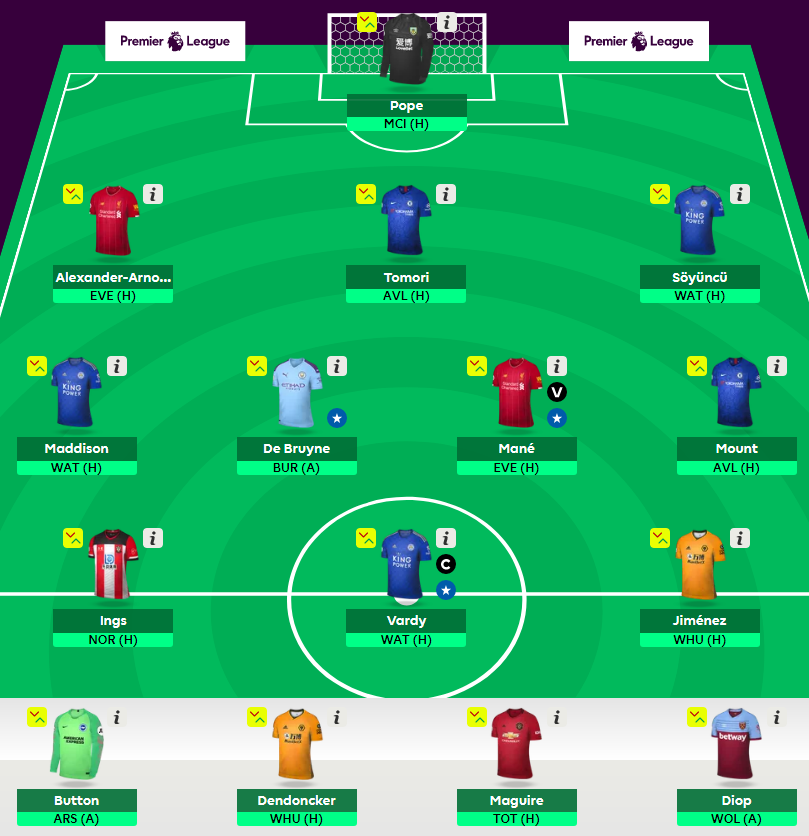 Nick Pope (£4.7m) has a bit of a fixture swing from this Gameweek, and not in a good way. Looking at the Season Ticker in the Members Area right up until Gameweek 30 (which is when I’ll start looking at using the second Wildcard), Burnley are second bottom in terms of fixture difficulty for defence.

I’m still reluctant to use a transfer on a goalkeeper however. The ceiling for points is fairly low and at just £4.7m he’s scored 55 points total, only five points behind current leaders Mathew Ryan (£4.8m) and Kasper Schmeichel (£5.3m). With the fixtures getting more difficult I would hope for an increase in save points to combat the likelihood of less clean sheets as well.

Mason Mount (£6.6m) is another player I’m looking at giving the boot to. He has just one assist to his name in the last six Gameweeks. There is a part of me that wants to give him the Aston Villa game, but that would definitely be the last-chance saloon.

If you compare Mount to Christian Pulisic (£7.5m) over the last six Gameweeks, there really is no competition: Pulisic has created more chances, registered more big chances and recorded more shots inside the box over the same period.

Despite all of this, it’s John Lundstram (£5.0m) that I’m looking to bring in (yes that’s correct, I still don’t own him).

It will be Harry Maguire (£5.3m) leaving my team to accommodate Lundstram. I have thought about keeping him, given that he’s nailed and has good goal threat, and instead transfer out Issa Diop (£4.5m), but that leaves a lot of money spread out over my defence, and would mean I don’t have enough flexibility for future transfers.

It’s been difficult to ignore Lundstram, and that is made even worse by their upcoming fixture run that includes Newcastle United, Norwich, Aston Villa, Brighton and Watford. Couple that with his 45.5% ownership and it’s hard to go any longer without him given the potential for clean sheets and attacking returns: he’s 12th for expected goals (xG) from open play in the last six Gameweeks for example.

As much as the fixtures look good for my team this week, I want to be more aggressive with my transfers in an attempt to get ahead of the curve. Lundstram doesn’t do that but he does provide a comfort blanket. That being said, after writing this article and looking at the stats for Pulisic, it’s difficult to ignore him with Villa up next. Maybe I’ll take my fourth hit in as many Gameweeks and just get it over with…

As for captaincy, that’s easy. I can’t look past Vardy at the moment and even though I bought Mané in under the guise of handing him the armband between Gameweeks 14-17, I think it’ll be the Englishman who becomes permanent captain now, at least for the next three weeks.