My ascent up the rankings continues. After being down in the depths of the two million mark in Gameweek 11, six out of seven green arrows has seen me move into a more respectable position of 372,885th at the time of writing. The gloom of the start to my season has been lifted and I can look forward to the second half of the campaign with some cautious optimism.

The Black Box has been gathering dust over this period, as I haven’t needed to reflect on any mistakes and learn from them. Instead, I enter strange territory where I can actually look back over the last few months and think about what went right for a change. 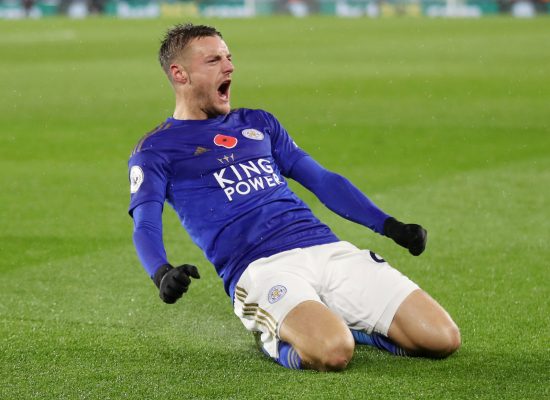 This isn’t particularly insightful but I have to mention the current highest-scoring player in the game and the impact he’s had on my season. Going into Gameweek 12, I had a successful captain return in five out of 11 Gameweeks (a 45% success rate). Then Jamie Vardy (£10.1m) came in. Since then, I’ve captained Vardy for point hauls of 12, 12, 5 and 5, and my captain has returned in all but two Gameweeks (71% success rate). Vardy has also been my highest-scoring player in three of these Gameweeks.

Having a consistent player like Vardy, to many, can seem quite boring. But ultimately, I find that the captaincy is the single most difficult decision we face each week. Even when presented with an ‘easy’ game for certain key assets (like Sadio Mané (£12.2m) versus Brighton in Gameweek 14, or Raheem Sterling (£11.8m) versus Southampton in Gameweek 11) there is always the risk that players will blank.

However, Vardy’s record since Gameweek 9 is unbelievable: 12 goals, not a single blank and four double-digit returns. As others have looked to be clever and go for more leftfield options, sticking the captaincy on Vardy has led to consistent returns in an area which I have struggled with. His effective ownership might be high each week but you are still making up ground if you captain him and he returns. Slow and steady has been the key to my rise. 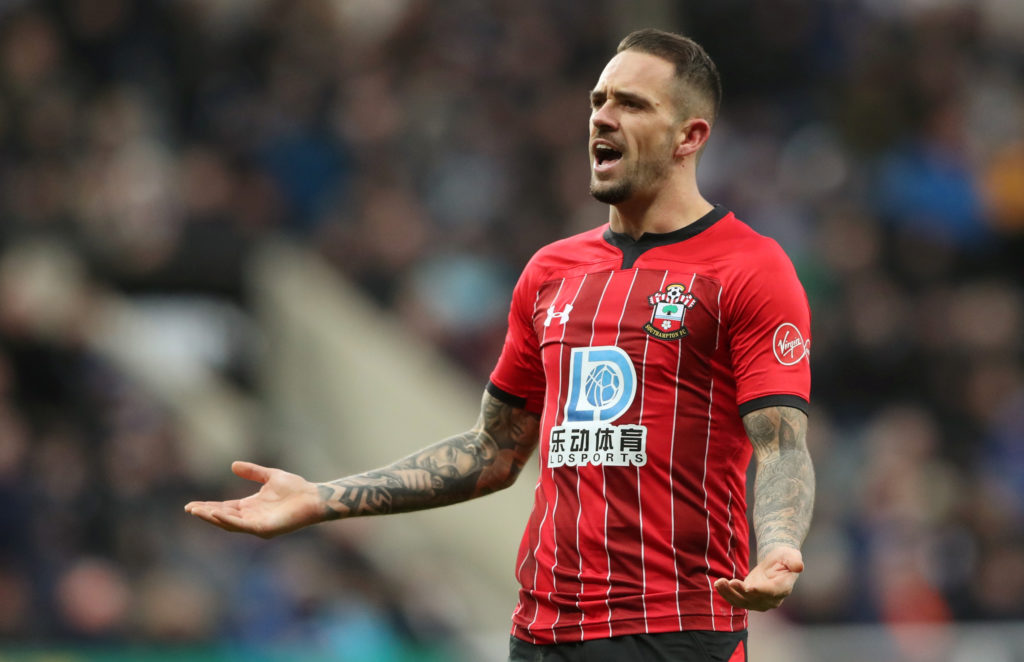 Let me tell you a story about Danny Ings (£6.5m). Last year, I bought him into my team around Christmas time. I had a strike force of Ings, Isaac Success (£5.8m) and Alexandre Lacazette (£9.3m) and to be honest, I was looking for trouble.

The three were appalling for me, as players like Pierre-Emerick Aubameyang (£10.8m), Raúl Jiménez (£7.5m) and Sergio Aguero (£11.7m) hoovered up the points. I’ll always remember listening to the Soccer Saturday commentary in one particular game, as Ings was through on goal, only to miss the target and then be taken off with an injury. His price, around £5.0m at the time, meant it was really difficult for me to move him on, and I had fires all over my squad. This meant that Ings stayed in my team for weeks despite his red flag. It was a nightmare.

This year, however, he’s more than made up for it. When Tammy Abraham (£7.9m) picked up an injury, I thought it may be a chance to take a punt on Danny again. But I did not expect him to get five goals in as many games and be second to only Vardy in the goalscoring charts at the time of writing.

I’ve always felt that injuries to a player such as Abraham present a great opportunity to move ahead of people who are slower to react. While my decision to remove Kevin De Bruyne (£10.4m) earlier in the season was a misfire, I stuck to this strategy, and I’m glad that I went for Ings. Equally, I’m sure that those that moved for Jiménez will be delighted with his goal and three assists over the same period. Those that held on to Abraham however, will be disappointed that they didn’t roll the dice. 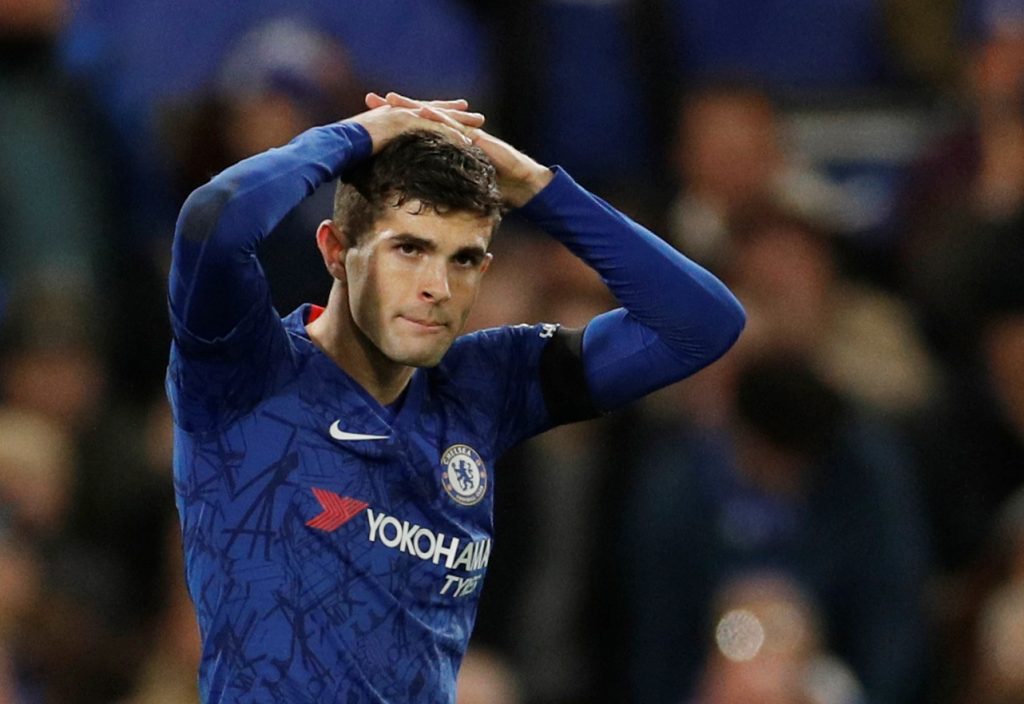 One area that I was determined not to get dragged in to was entering into the lottery of Chelsea’s midfield rotation. Of course, I didn’t expect six gameweeks of blanks for Christian Pulisic (£7.2m), but I did fear that he may be at risk of rotation due to the number of players that are vying for starting spots and any potential unsettling of the team that may be caused by Lampard’s tinkering.

Instead I went for James Maddison (£7.8m), and while he has now left my team, his returns have been excellent for me – despite occupying a much deeper position than I was happy with.

As we enter the Christmas period, rotation is expected – but giving yourself a headache of a player like Mason Mount (£6.5m) or Pulisic, where you are fearing their name not being on the teamsheet every time you check the line-ups, does not seem sensible to me. Yes, Pulisic has only missed one game over quite a long period, but now Chelsea have put in one of their best performances of the season against Spurs, you have to feel like his spot is less secure.

As some advice, consider who in your team is droppable and consider moving them on. I’d be a worried owner of players like Anthony Martial (£7.7m), Gabriel Jesus (£9.6m) or even Brighton star Neal Maupay (£5.8m), who may be pushed out to the wing or even dropped over the Christmas break. 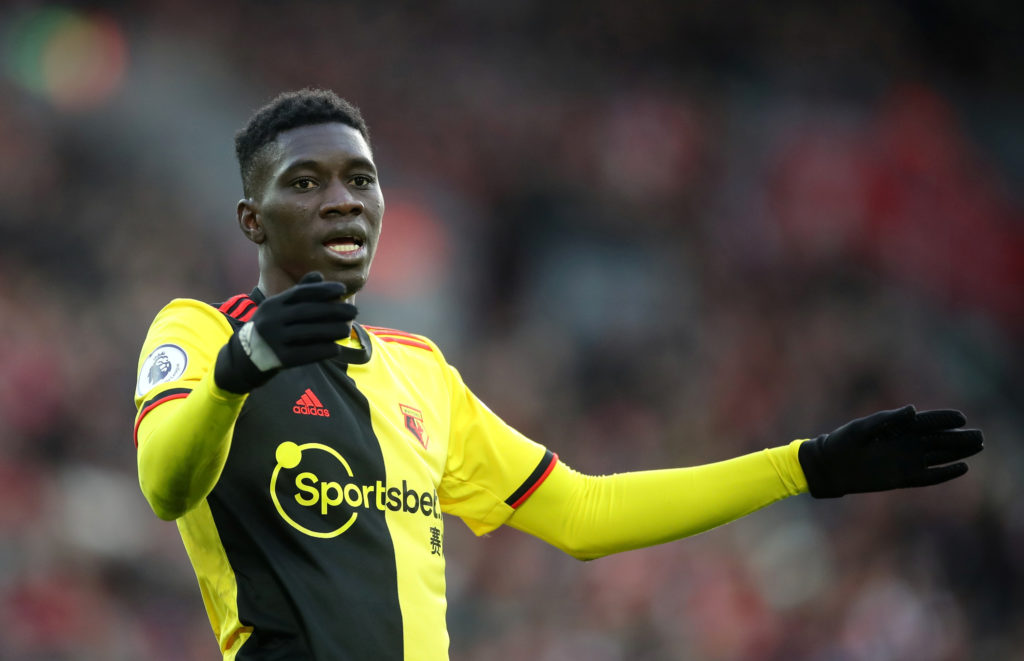 But that’s enough reflection. I now need to think about how to capitalise on my good run. We have several new managers in the league and I’m looking to see if there are any “bounces” I can exploit.

Watford put in a great performance against Manchester United and the training videos that have Pearson encouraging quick passing and explosive running make me think that players like Troy Deeney (£6.2m), Gerard Deulofeu (£6.1m) or Ismaïla Sarr (£6.2m) could start to pick up points with good fixtures ahead.

I’m also an admirer of Carlo Ancelotti. I think his appointment is great news for Everton and it’s the defence I am particularly interested in. Lucas Digne (£5.7m) has dropped in price and I think he will continue to be heavily involved in Everton’s attacks, with his chances of clean sheets surely increasing. Other players like Yerry Mina (£5.3m) and Richarlison (£7.9m) could benefit from the new manager – and even options like Moise Kean (£6.4m) could also potentially come into reckoning.

Arsenal, under Arteta, I am much less confident about. I think he has inherited a mess, and if he can get them firing, he truly is a miracle worker. There are simply no players other than Aubameyang that I think you can consider for your team at this stage. It will be fascinating to see what he can do with the squad but, in my opinion, it is far too lightweight and weak to compete in the league, or to factor into our squads. Sorry, Arsenal fans!

This will likely be my last article before 2020, so I’d just like to say a big thank you to anyone that has read these and to anyone that has followed me on the Scoutcas, or on my new venture of FPL Top Guns with Luke. I’m having a lot of fun writing and recording things lately, so it’s nice to feel like I’ve got my mojo back, and that hopefully you are enjoying the content.

To everyone on the site, Merry Christmas and a Happy New Year!