Let’s Talk FPL’s Andy looks at ways of funding a Liverpool triple-up ahead of Double Gameweek 24.

One step forward, two steps back. That’s the story of my Fantasy Premier League season so far.

The high of my captain Marcus Rashford (£9.1m) scoring in the 95th minute had set me up for jubilation on Saturday evening, only for the decision of not captaining Sadio Mané (£12.3m) or Kevin De Bruyne (£10.5m) to bring me crashing back to reality with yet another red arrow and a rank of 592,933. 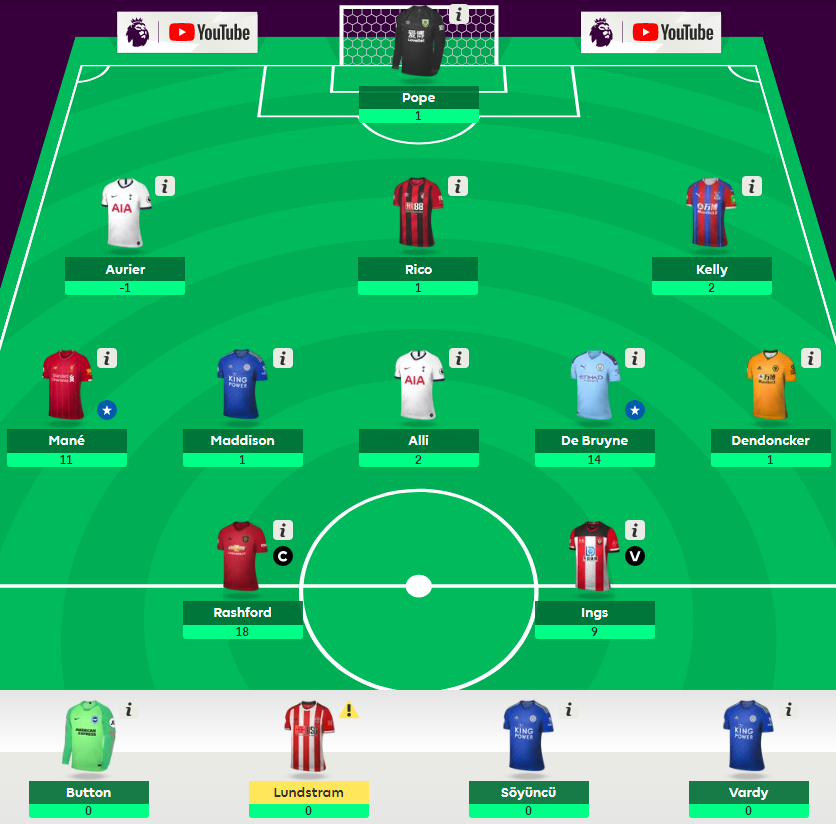 What I’m finding is mistakes are bringing indecision. Selling Trent Alexander-Arnold (£7.4m) in Gameweek 18 turned out to be a huge error. Going into Gameweek 20 I decided to hold my transfers instead of taking a further hit to bring in the Liverpool right-back along with Anthony Martial (£7.9m). That turned out to be another mistake.

If I’d had three green arrows over Christmas I think I’d have already made my decision for Gameweek 21. Instead I sit here writing this wondering whether taking out Dele Alli (£8.9m) before Southampton is the right call. If I make that transfer who do I bring in? There’s Martial, which may mean losing Rashford later on to fund three Liverpool players, or I could just bring in Adama Traoré (£5.5m), who would make the money situation a lot easier.

Is this a case of overthinking or not thinking enough? Is Traoré really the answer? I’m not sure any more and the buzz of sugar from all of the Christmas chocolate and mince pies isn’t helping me think clearly. 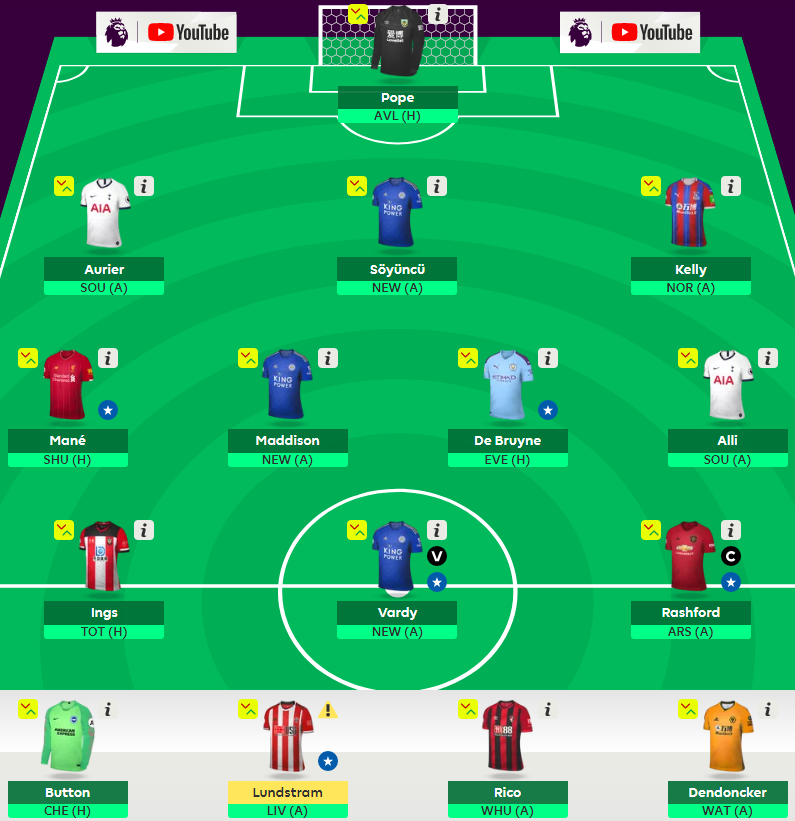 I continue to look at my team on paper and am quite happy with it. There’s certainly a Liverpool defender-shaped hole which I’ll rectify soon but other than that, it looks good.

Two free transfers means I have to make a move this week though and with Mané my only Liverpool player, I have to think ahead to how I get two more – hence losing Alli this week.

I can’t watch many more Liverpool matches without owning Alexander-Arnold. Liverpool have a full-back who can pass like De Bruyne and it’s a difficult watch for a non-owner.

This is where Traoré comes in. He lets me get three Liverpool players in just three moves. Given that I can only triple captain one, I’m currently leaning towards double defence instead of attack as going for Mohamed Salah (£12.3m) would mean losing De Bruyne. I think fixtures from Gameweek 24 onwards make it viable but it’s still a tough call.

When you compare Martial and Traoré it doesn’t actually make for bad reading over the last four Gameweeks. The Wolves winger has created more chances and had more goal attempts, although not as many in the box. The quality of the assist potential looks good as well and it’s even better when you consider Wolves have played Spurs, Man City and Liverpool over those fixtures.

You’d expect Martial to continue to get the better chances in front of goal but the £2.4m difference cannot be ignored. 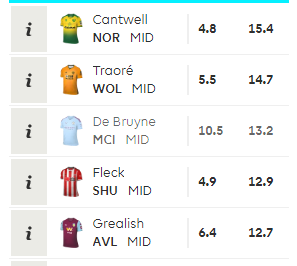 According to FPL, Traoré is the second-best midfielder in terms of value over the season (based on points per million) and that doesn’t take into account that he played some of the earlier matches at wing-back.

Given Wolves rested key players in Gameweek 20, I think Watford away might not be as bad a fixture as it may have looked since Nigel Pearson came in. With Newcastle and Southampton to follow, I think I’ve just about talked myself into buying Traoré.

That’s right, I’m going to buy Adama Traoré. At some point in May I’ll look back at where it all went wrong this season. There’s a few key talking points and this may well be one of them.