One of the world’s best FPL managers, Tom Freeman, takes a closer look at how Everton assets are shaping up under Carlo Ancelotti.

Gameweek 20 has drawn to a close and went pretty well for me after I activated my Wildcard, which I left until the last possible week. 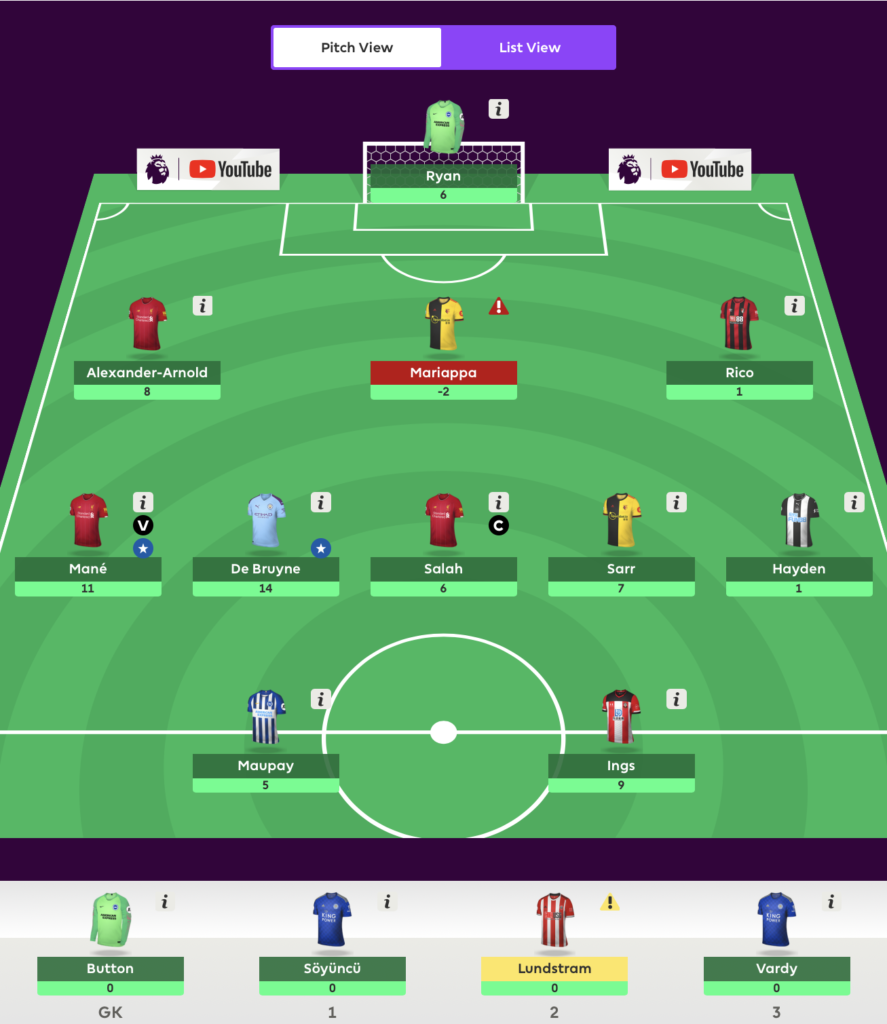 Kevin De Bruyne (£10.5) was the star of the show but there were also returns for six others, including Ismaïla Sarr (£6.2m), who has really flourished since Nigel Pearson took charge. In fact, looking at data from Gameweek 17-20, only Mohamed Salah (£12.3m) has taken more shots in the box than Sarr, amongst midfielders.

Looking ahead, Everton are a team on my radar, with fixtures turning in Gameweek 22.

Against Newcastle, The Toffees had an impressive 22 shots, nine of which were on target.

Caretaker boss Duncan Ferguson had successfully used a 4-4-2 for his few games in charge, whilst Ancelotti primarily used variations of a 4-4-2 at Napoli, so continuing with this shape, with limited time to work on tactics, made absolute sense – though he has added his own twist, which sees it transform into something resembling a 3-5-2 when in possession, with Lucas Digne (£5.9m) pushing high on the left.

With five goals in his last five league games, Dominic Calvert-Lewin (£5.8m) is a player near the top of my Watchlist. After being praised by Ancelotti after scoring the winner against Burnley, he took on the manager’s encouragement by scoring two classic poacher goals against Newcastle United, whilst also creating five chances.

A quick look at Calvert-Lewin’s shot locations over the last two Gameweeks tells us he’s getting quality chances, close to goal.

Defensively, work still needs to be done – not surprising when Gylfi Sigurdsson (£7.3m) and Tom Davies (£5.3m) are your central midfielders in a 4-4-2.

Despite this, Djibril Sidibé’s (£5.3m) inclusion as a wide midfielder, rather than full-back, against Burnley was interesting, and something I’m monitoring.

These quotes from Ancelotti, where he discusses the Frenchman’s role after the game, tells us more:

Offensively, he stayed wide. On the other side we had Digne to cover the space there. Defensively (Sidibe) was working in the line of the midfielders, and the 4-4-2 shape, defensively, didn’t change. We tried to build up with Coleman a little bit back, and Sidibe more forward. It went well because he put the cross in for Calvert-Lewin to score the goal.

It’s early days for Ancelotti at Everton but it has been an exciting start.

Also, a quick word on Manchester City, who switched things up in the second half against Sheffield United, and were much improved.

De Bruyne and Bernardo Silva (£7.9m) played in a double pivot, with Rodri (£5.4m) dropping back and forming a three-man defence with Fernandinho (£5.2m) and Eric Garcia (£4.5m), when in possession.

Riyad Mahrez (£8.3m) moved inside as a number 10, whilst the full-backs were given more license to attack.

How Pep Guardiola sets up going forward is impossible to predict, but that Aston Villa fixture in Gameweek 22 could be one to target.

As focus turns to New Year’s Day and Gameweek 21, here is how I’m currently set up. 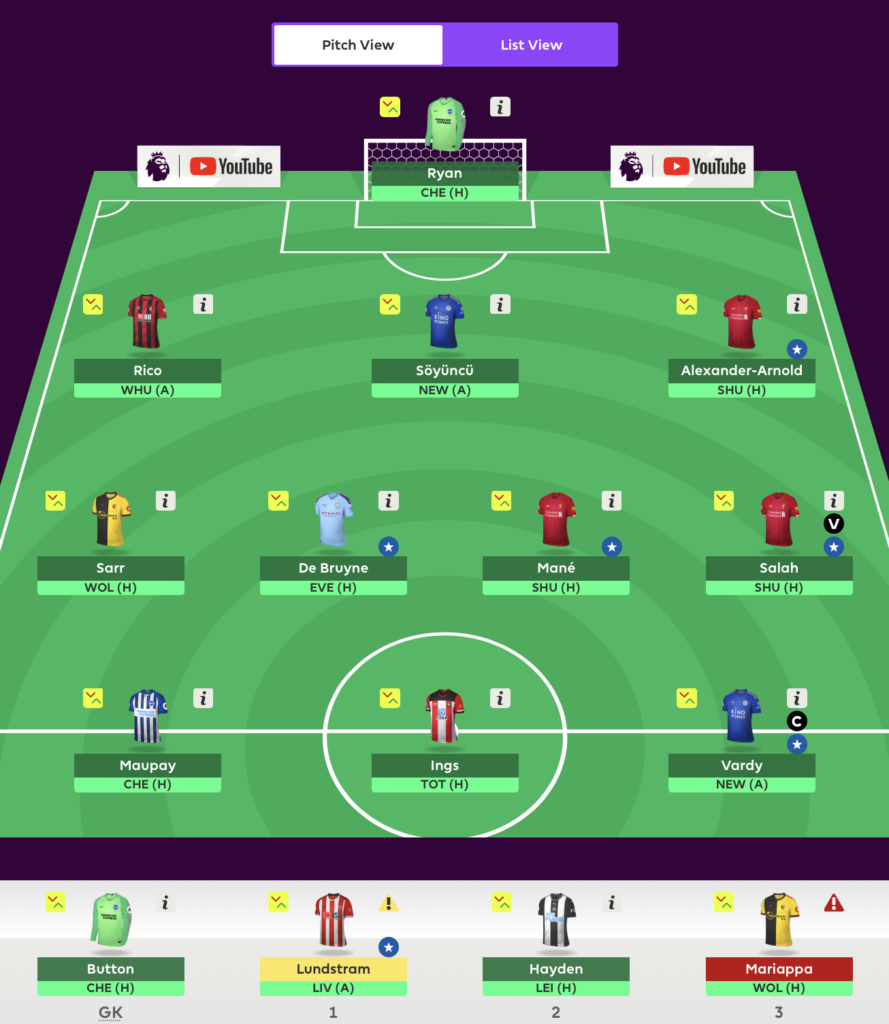 If John Lundstram (£5.2m) is passed fit, I’ll likely roll a transfer, which gives me a bit more flexibility if I want to bring in one or two Everton assets next week.

In terms of captaincy, I’m currently on Jamie Vardy (£10.1m). I have fond memories of captaining him in the reverse fixture back in Gameweek 7 and, with Leicester City resting nine players against West Ham United, a fresh starting XI including Vardy will hopefully be set to profit.