Liverpool and Manchester City wrapped up their pre-seasons on Sunday afternoon in the Community Shield.

The game always looked like being a decent signpost as to how last season’s top two might line up in Gameweek 1 and there was plenty to discuss from the game at Wembley. 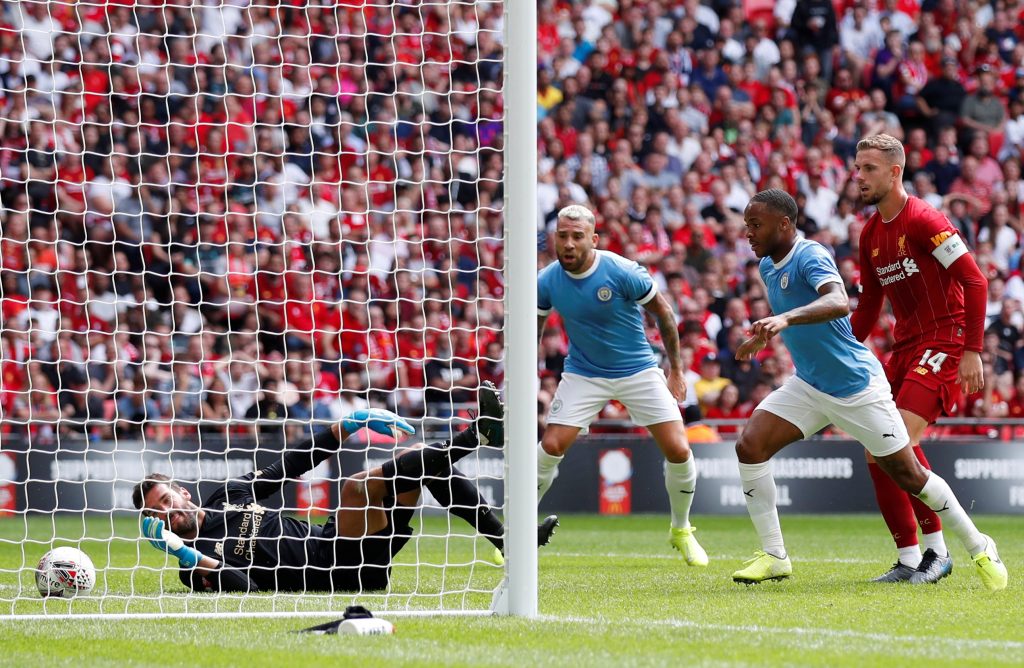 Salah completed the full game as Firmino got a 79-minute run-out up front, with the Egyptian in particular catching the eye on the right flank.

There were at least five instances when Salah could have scored against last season’s title winners.

The Egypt international first scuffed a Firmino pass wide when well positioned inside City’s box before clipping the outside of Claudio Bravo‘s (£5.0m) post from a tight angle.

Salah struck the woodwork again after the break with a low shot before having another attempt smothered by Bravo and seeing a header hacked off the line by Kyle Walker (£6.0m) in the dying stages.

While his radar may have been slightly off it was notable just how sharp Salah was on his first 90-minute appearance for the Reds this summer.

Firmino impressed too with his link-up play and pressing but, as has been the case for some time now, simply doesn’t get the volume of chances that the two players either side of him are presented with – the Brazilian striker had one attempt on goal all afternoon, forcing a save out of Bravo early on.

Sadio Mane (£11.5m) returns to the first-team set-up this week but it will be a big ask for the Senegalese winger to be ready to start against Norwich on Friday evening with less than a week’s training under his belt.

Let’s have a look at him. How we all know, Sadio had 16 days off – he will be in a good shape. He doesn’t drink, he doesn’t eat too much.

He had a training programme, maybe after ten days probably he started with a little bit of running, so I think he will be fine. But we have to see.

Georginio Wijnaldum (£5.5m) had deputised for Mane in a couple of pre-season games as Klopp experimented with a 4-1-4-1 but Divock Origi (£5.5m) was the man preferred alongside Salah and Firmino in the Community Shield.

The Belgian striker has more pre-season minutes to his name than any other Liverpool outfield player bar Fabinho (£5.5m) and none of his teammates have scored on more occasions.

As was the case against Napoli, though, Origi underscored the fact that he is very much at a level below Liverpool’s first-choice front three and particularly unconvincing on the left flank.

Wijnaldum, Fabinho and Jordan Henderson (£5.5m) made up Liverpool’s central midfield three, with James Milner (£5.5m) not risked because of a muscle problem.

When asked if he thought the veteran midfielder would be fit to face Norwich on Friday, Klopp said:

I would say yes. It was a minor muscle injury. I would say he can probably train tomorrow, although I am not 100 per cent sure.

For today it did not work out, but I think by at least Tuesday he can train.

For a team that kept more clean sheets and conceded fewer goals than any other Premier League side last season, Liverpool again failed to really convince at the back.

The Reds’ first-choice back four had shipped five goals in games against Sporting and Napoli and they were breached after just 12 minutes at Wembley when Raheem Sterling (£12.5m) finished off a City set-piece to put Pep Guardiola’s side in front.

There is no questioning Trent Alexander-Arnold‘s (£7.0m) attacking credentials – he was again on dead-ball duties at Wembley – but the Liverpool right-back is occasionally exposed against top-class opposition (as was the case against Napoli) and he again looked vulnerable on Sunday, eventually being withdrawn in the second half.

Virgil van Dijk (£6.5m), the most-owned defender in FPL, claimed the assist for Matip’s goal and further highlighted his own undoubted threat from corners and free-kicks when shooting against the underside of the crossbar in the second half.

Reflecting on the game, Klopp said:

I’m completely happy about the full performance. I said before the game, if you want to be prepared for Man City you have to make a pre-season game against Man City; no team plays like them. You saw that in a few moments in the first half, when they can do what they do. We struggled a little bit positioning-wise but that’s normal. The biggest threat was pretty much the long balls from Bravo in behind, where our last line was not a line. The first two balls, I think. The third ball was dangerous as well with Sane then on the other side. That makes it difficult but that’s how they stretched our formation and then when you expect these balls, they play it in between, in the half-spaces, that’s pretty tricky. We could have had a bit better positioning, we changed that for the second half, which helped us a lot.

The second half is about will and all that stuff. That’s another thing in pre-season: you fill your body with all this physical information but you are not used to it after four or five weeks that you really can go over that point. We went over that point today, then nobody felt tired anymore and they could really go. I liked that a lot.

Football-wise, the second half was just really, really good, the best way you can play against City. They are in the early stages as well, they will be in a different shape in a couple of weeks, for sure. But having this amount of chances we had today is a very good sign for us, absolutely. I liked the game a lot. I don’t like the result but I liked the game a lot, so for us it was very, very important.

As Klopp alluded to there, the match was very much a game of two halves.

City were largely on the back foot in the second half and had only one attempt on goal in the final 40 minutes.

Before that, though, they were again the better side and Kevin De Bruyne (£9.5m) looked classy in the centre of midfield in the first half.

One shot and no key passes perhaps highlights one of the drawbacks with De Bruyne as a Fantasy asset, with his deeper role partly an issue: the Belgian ‘assisted the assister’ for Sterling’s goal to underscore that point.

Those stats weren’t a fair reflection of De Bruyne’s early influence on the game, however, and his role at set plays and ability to drive from midfield is a tantalising prospect.

De Bruyne’s fitness issues of 2018/19 is another black mark next to his name and there were concerns when the Belgian hit the turf late in the match, although cramp was widely reported as the issue and there doesn’t appear to be any serious concerns. 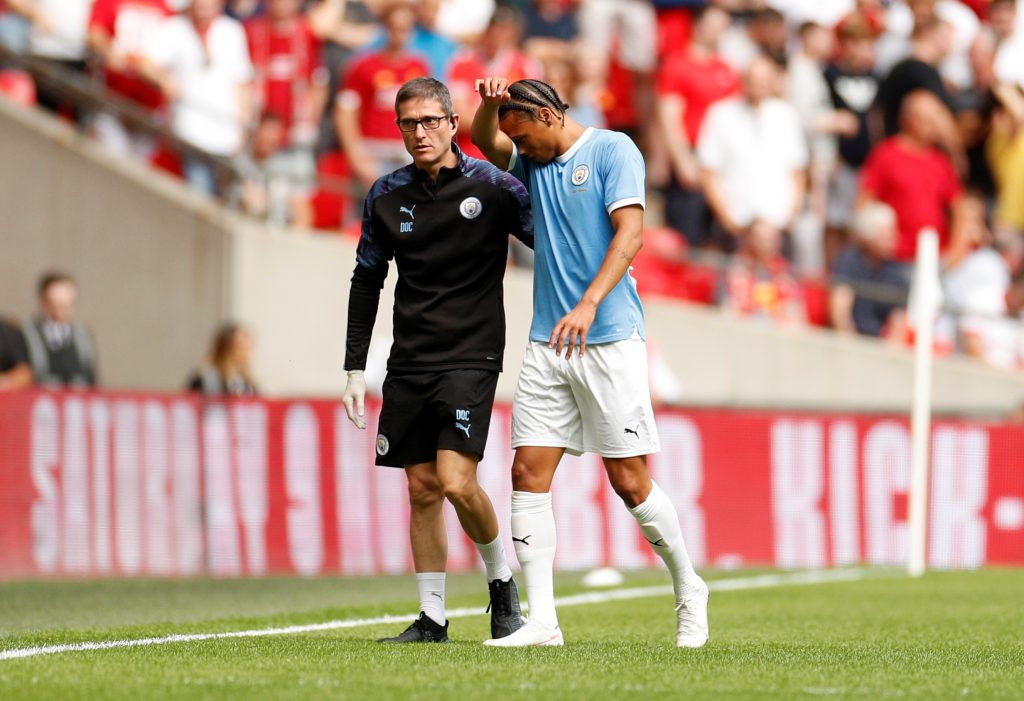 The German winger limped from the field early in the game with what appeared to be a knee injury and Guardiola provided an update after full-time:

The first impression was not good. But I think not bad I don’t know as I have not spoken to the doctor. I will wait but I think he will be okay.

Aymeric Laporte (£6.5m) missed out for the champions, meanwhile, having reportedly picked up a knock last week.

While Salah and Firmino look primed to start in Gameweek 1, the chances of Sergio Aguero (£12.0m) featuring in Pep Guardiola’s line-up at West Ham appear slimmer.

The Argentinean striker, who returned to training last week, didn’t even make it off the bench as Gabriel Jesus (£9.5m) was brought on to replace the stricken Sane.

Sterling had begun the match as City’s central striker but moved over to the left flank following the Brazilian’s introduction, with Bernardo Silva (£8.0m) – carrying on where he left off last season and producing a fine performance without looking like he could rack up serious points in FPL – stationed on the right.

Regardless of his position, Sterling was still City’s main goal threat.

The former Liverpool winger got on the end of David Silva‘s (£7.5m) flick to open the scoring and later had two gilt-edged opportunities to add to his tally, hitting the post just after the break and then running straight into Alisson (£6.0m) when clean through on goal on the hour.

Riyad called me straight after being champion and say he wants to be back against Liverpool. And I said he was more than welcome

A guy who rested less but could have played some minutes but we could not take a risk because the doctors didn’t have the medicines or exactly what happened and we did not want to risk it.

Oleksandr Zinchenko (£5.5m) got the nod at left-back and looks to have the edge in that position for Gameweek 1, although was given a torrid time by Salah and didn’t look comfortable.

With Laporte out and Vincent Kompany having departed, John Stones and Nicolas Otamendi (both £5.5m) were the default options at centre-half and looked vulnerable – encouragement perhaps for those considering West Ham’s in-form attacking assets this weekend.