The top 10,000 Fantasy Premier League managers have swooped for Manchester United assets after the strong start they have made under Ole Gunnar Solskjaer.

Meanwhile, there has been a non trivial activity in the chips department this week mixed between Wildcards, Bench Boosts and Free Hits.

Looking at the spike of interest in United assets, we notice that, for the first time for at least ten Gameweeks, there are four Red Devils players with ownership higher than 10% at the top end of the game.

We see that some Man United players went from almost zero percent ownership (Jesse Lingard (0.25%), Paul Pogba (0.9%) and Luke Shaw (0.6%)) to significant backing in a matter of the three days between Gameweeks 18 and 19.

The most popular United asset is Marcus Rashford who left his 35.8% owners disappointed today with his blank.

Speaking of disappointment, the second most-owned United player, Anthony Martial, was not included in the match squad today, which means that the 22.5% top 10,000 managers who own him will have called their bench for help.

However, maybe that was not very disappointing as many have Aaron Wan-Bissaka as first substitute, and he is projected to get eight points this Gameweek after bonus points.

Meanwhile, the 10.1% managers who own Pogba this week certainly enjoyed his brace, which is the main reward Man United owners got today, plus the Lingard assist.

This Man United bias manifests itself even more in active Wildcards this week. 2.14% of top 10,000 managers delayed their first Wildcard up till this week, and they certainly made sure they got their Red Devils cover. 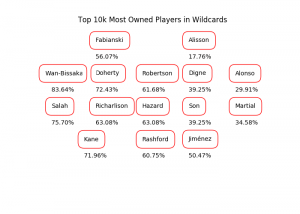 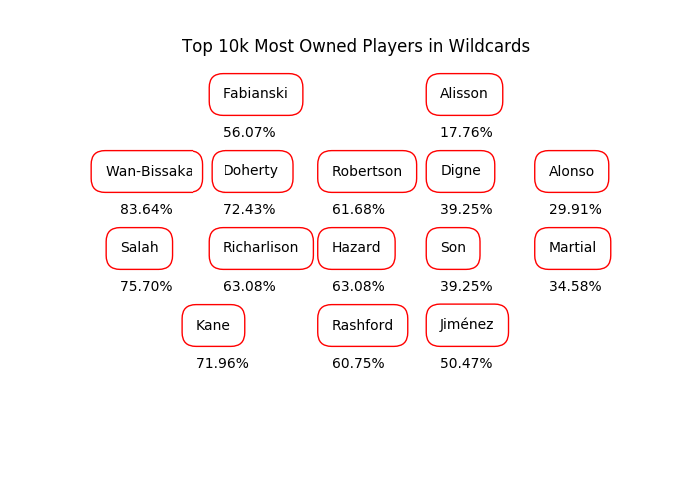 Rashford (60.75%) and Martial (34.58%) are the popular Wildcard picks, while Pogba made it to 27.43% of them. Wildcarders also favored Wan-Bissaka, Andy Robertson and Lucas Digne in defense and Mohamed Salah, Richarlison and Heung-Min Son in midfield who all proved to be decent picks for Gameweek 19.

On the other hand, 0.5% activated their Free Hit chip and their selection looks very similar to the Wildcard picks. Pogba features much more than Martial in these one-week only squads. 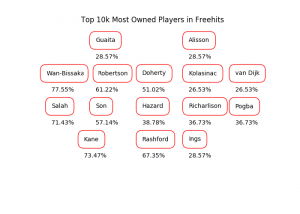 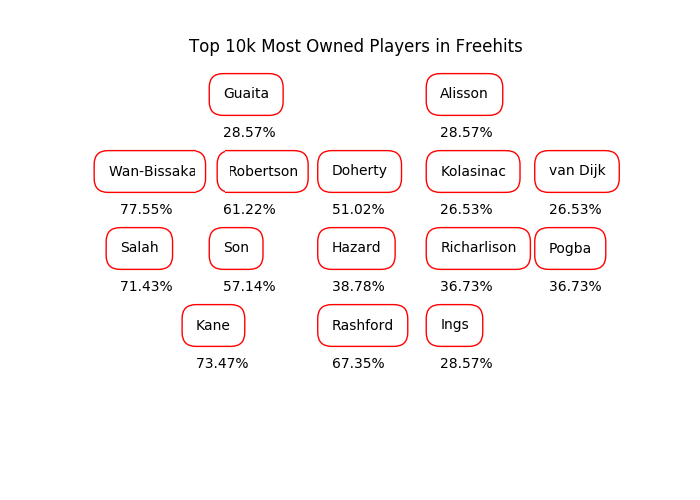 In addition, 1.1% found their bench promising enough to activate the Bench Boost chip and not wait for future opportunities. Taking a look at the benches of those teams (loosely defined as the cheapest players in their squad), we find the following players constituting most of the substitutes.

It was essentially Wan-Bissaka’s clean sheet and Digne’s brace that rewarded Bench Boosters this week. As this article was being finalized, the average intermediate scores for different chip users show that Free Hit (14 intermediate points gain over no chips) was actually the most successful this week (numbers are before the Watford-Chelsea game). Meanwhile, Triple Captainers (mainly captaining Salah) are second with a 10.1 gain.

Memberships for the 2018/19 campaign are now available for the price of just £15.