In our latest Pro Pundits article, Lateriser12 – who has overall ranks of 77th and 189th to his name – examines how premium and popular attacking options fare against defences of varying abilities.

I’m not so sure I’ve ever had a ‘strategy’ going into a season of Fantasy Premier League. It’s such a dynamic game. What is gold today is garbage tomorrow. That said, I’ve been intending to play this phase of the season with a loose strategy in mind (which I will talk about in the latter half of the article).

One of the biggest mistakes a Fantasy manager can make is being stubborn about picking sides, establishing rules and taking oaths to not do certain things during a season because of, you know, ego. I made the mistake of calling out a rule in my last article: “never captain a defender”. My good friend and old FFS poster, The Light Knight (proponent of big at the back more than five years ago) correctly pointed out that Sir Aleksandar Kolarov and Sir Leighton Baines have been an exception to this in the past.

I’ve been banging on about Sadio Mane (£11.9m) over Mohamed Salah (£12.4m) (play with #NoFoMo) since pre-season. That said, I would be stupid to say that Mane will continue to outperform Salah throughout the season. It might or might not happen, there is no way to tell. Salah could very much hit form of two years ago. The FPL manager that wins will be the one that spots the form and formation shift early and acts on it quickly. Or the one that ends up going with both. At the moment, I’m 50-50 between both. 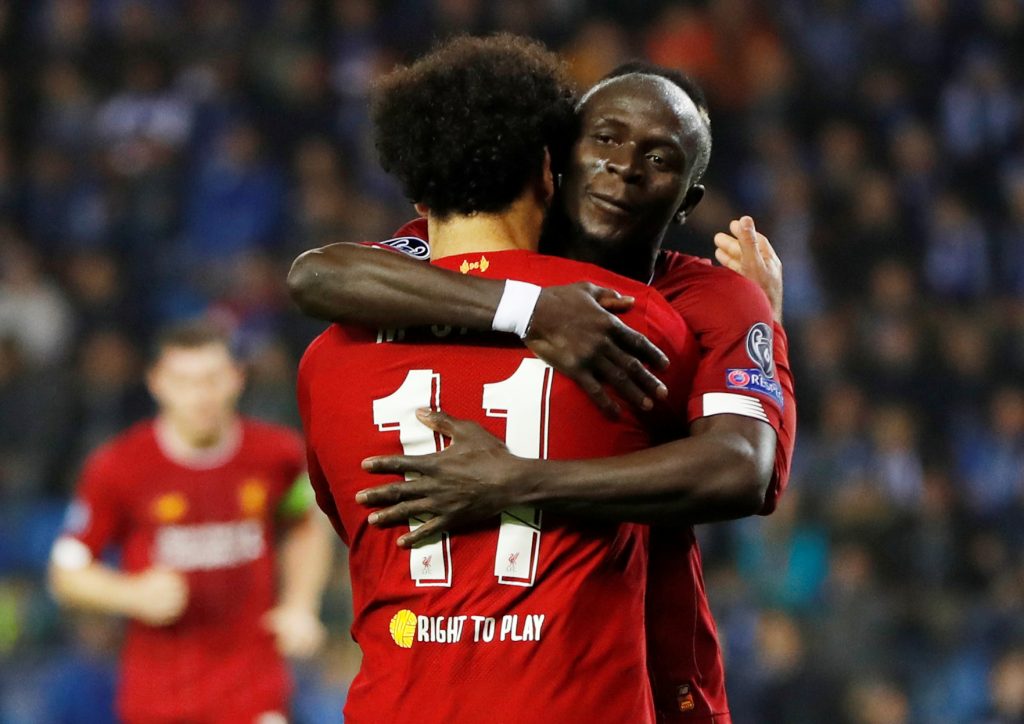 Anyway, let’s come back to strategy. Before the season started, I always thought there are way too many big hitters this season. I was fully expecting a brutal season with lots of huge point swings (38k to 168k for me this week and I’m still looking to save). I didn’t think this would be a season for the faint-hearted.

Thankfully, the Chelsea assets showed up and offered tremendous value which nullified the swings to a certain extent. I tried fitting as many big hitters as I could into my Wildcard in Gameweek 3. My most expensive defender in Gameweek 3 was Aaron Wan-Bissaka (£5.4m). Going without Trent Alexander-Arnold (£7.2m) was an error I very quickly corrected in Gameweek 5. Being stubborn will gain you nothing; correct your errors as soon as you realize it’s an error.

Somewhere around Gameweek 5, I realised that there is potential to play this phase of the game keeping a loose strategy in mind. It was very difficult to fit in a lot of big hitters in one team. I did realise though that there were a lot of buy-and-forget players that could form the base of a team for a very long time. Just because of the value they offer, players like Alexander-Arnold, John Lundstram (£4.7m), Diego Rico (£4.2m), Caglar Soyuncu (£4.7m), Mason Mount (£6.9m), Tammy Abraham (£7.8m), and now Jack Grealish (£5.9m) and Callum Hudson-Odoi (£6.0m) are few of the many that could just stay in your team for ages. That would allow you to switch your premiums on a regular basis.

A couple of moves I’ve made recently were done keeping this in mind. Three of my last four transfers in were Jimenez, Abraham and Anthony Martial (£7.6m). I went with Jimenez over Wilson in particular because Jimenez was a much longer-term pick compared to Wilson, which loosely allowed me to pursue my big hitter switching strategy. Martial was also done with a long-term view to fund Kevin De Bruyne (£10.2m). 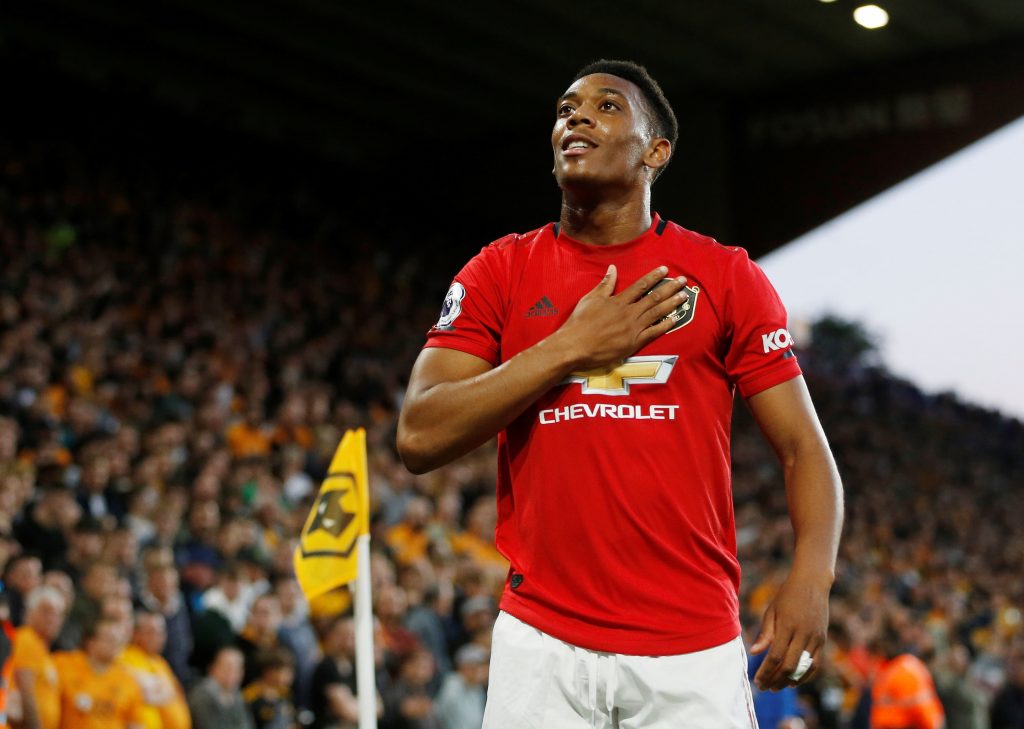 Now when it comes to premiums, the big hitters, the crème-de-la-crème, people get really worried to shift them out and rightly so. The assumption and thinking is that the big guns are fixture-proof. They will perform in every game.

The second problem with switching big hitters is price. If you get onto a premium option early and his price escalates, you lose value when you sell. Fair point, but also one that restricts you in my opinion. Losing value equates to you finding a Hudson-Odoi over a Mount at a later stage in the season. It’s not that difficult to find one more bargain. Also it is very liberating to not get bogged down by value and price.

That said, it’s definitely not wrong to play the value game (happy, Jossy?). I just don’t think it deserves as much attention as it gets. Now let’s divert our attention to the fixture-proof nature of the big guns.

I decided to dive in and conduct a little experiment. I divided the league into three tiers of defence (based on my opinion, form and some statistics). These tiers are not permanent and some of the assumptions are questionable. Treat it as strictly my opinion (which does not take home and away into consideration).

Once I did that, I decided to calculate the points per minute for all our big hitters. This is what the data showed:

The first table includes our super-premium five. Each of these players is very consistent in their patterns versus the Kolarov, Lescott and Bramble teams. While the sample set in question here is very small, it is extremely consistent for all five of them which validates that for now at least, there is value in chasing the fixtures with our big hitters.

All of them offer 10+ points per 90 minutes against the Bramble sides with the exception of Raheem Sterling (£12.1m) and I expect that to change soon.

So despite the fear, you are playing the odds and percentages when you go fixture-chasing with your big guns. A warning though – do not treat this as a cardinal rule. If a player hits top form or goes off-form, everything changes. At the very least, you will have read some interesting data. Also I suspect that this is not enough of a sample set. I am happy to discuss this with anyone who has had a look into this for a much bigger sample size.

Amongst the other attackers that have been relevant this season, the pattern is not as consistent as the big five. None of them are offering the explosiveness of the primary big hitters against the Bramble sides with the exception of Jamie Vardy (£9.3m). The Leicester striker’s pattern is very predictable with him returning double-figure hauls in all three of his Bramble games so far (two of them against ten men who gave up, though), which makes him a very useful FPL asset if he continues this trend.

Keeping this theory in mind, I’m all set to keep my Manchester City trio this week with a view to shifting one after the fixture versus Southampton at the weekend. That said, I’m extremely worried as a Mane and Salah non-owner this week. I really, really need to get one of them in soon enough. I’ll take my chances ignoring Vardy for a week or two and see how he performs against 11 men first. Until then, the good old couch is very much in place.

Good luck for the Gameweek, all!

FFScout user Lateriser12 has a very impressive Fantasy CV. He has registered two finishes in the top 200 (one of them equating to number one in India) and four in the top 10,000 in the last six seasons. The secret to his success has been playing non-conventionally and fearlessly, swearing by ‘upside chasing’ and not giving ownership much of a look.