Let’s Talk FPL’s Andy looks ahead to Gameweek 18 and the Christmas fixtures in his latest Pro Pundits piece.

As a Fantasy Premier League (FPL) manager who tends to have a lot of patience, it’s not often I make early moves. That probably explains my current state of panic after taking an eight point-hit on Monday night.

There was certainly no reason to fret after Gameweek 17 – it was somewhat of a decent week, and it feels like there hasn’t been enough of those this season. 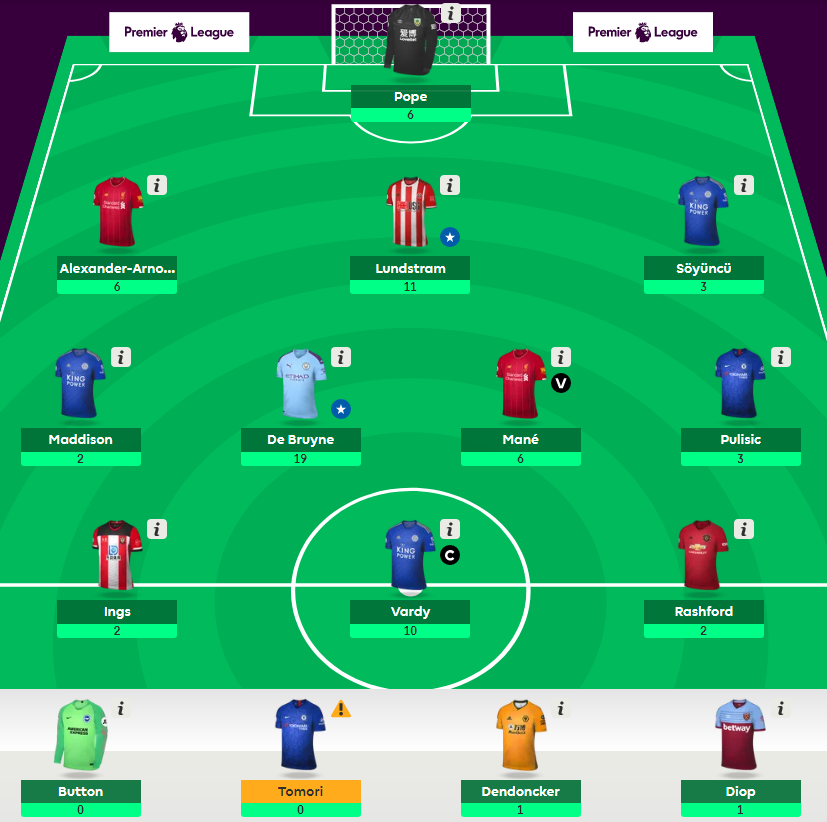 I wrote an article a few weeks back where I talked about using hits to get myself into a position to catch up. It worked for a little while, bringing in Jamie Vardy (£10.1m) and Raúl Jiménez (£7.5m) as part of a hit for Raheem Sterling (£11.8m).

But I’m now getting similar feelings of being behind, and am using this Gameweek to rectify that.

Liverpool are a key part of the equation. Do we hold or remove ahead of their Blank Gameweek?

I’ve transferred out one, Trent Alexander-Arnold (£7.3m), and held on to the other, Sadio Mané (£12.2m). Alexander-Arnold has pulled a Frasier and left the building. Three clean sheets all season just isn’t what I signed up for. I’m fully aware of the attacking potential but there still needs to be clean sheets to back it up for that price. Looking at the Season Ticker in the Members Area, there may not be too many clean sheets for Liverpool on the horizon.

When you compare this to Serge Aurier (£5.1m), there’s a fairly big difference in the upcoming fixtures over the next seven Gameweeks.

Liverpool are second worst and Tottenham Hotspur are sixth best over that time.

Looking at the underlying statistics for both players it’s still looking favourable for Alexander-Arnold over the last four Gamweeks, creating more chances and having more shots in the box.

Aurier is dominating on baseline bonus though and if Spurs can get some clean sheets with the above fixtures, then we should see Aurier get bonus and hopefully some attacking returns to go along with it.

Christian Pulisic (£7.4m) is another player that has been ‘dealt’ with. There was no way I could hold him any longer after five blank Gameweeks. Chelsea have only scored one goal in the last two matches as well, and I wonder if we’re about to see a bit of a rough patch for Frank Lampard and his team.

Frustratingly, Pulisic has been performing well on the stats tables: 13 shots in the box over the last four Gameweeks is only behind Vardy and Mohamed Salah (£12.2m). With an xG of 1.86, it’s probably been a little unfortunate that he hasn’t scored in that time.

When you compare him to Son Heung-min (£10.1m), who was another of my transfers in, it’s similar to my Aurier transfer in that the outgoing player looks to be performing better on paper.

That being said, Son has only blanked twice over the last four Gameweeks, and given they were both away games against Manchester United and Wolves, I’m confident that there are points to be had from the upcoming fixtures: Chelsea (h), Brighton (h), Norwich (a), Southampton (a).

Looking over the next four Gameweeks I don’t think there are massively stand-out games for captaincy for Leicester, Liverpool and Manchester City assets, and Son could be the differential captain to help me get towards the top 10,000.

It’s frustrating having now paid £1.6m (Rico and Kelly transferred in at £4.3m) over the original prices for Rico, Kelly and John Lundstram (£5.2m), but I feel they still offer value at that price and my three defensive transfers have allowed me to take money out of my defence and pump it into attack.

Going forward I’ve brought in two defenders who will allow me to rotate the fixtures more than before, and I’ve gone for double Spurs to provide a bit of a differential. I’m liking the look of things moving forward, I just have to cross my fingers and hope it all works out. 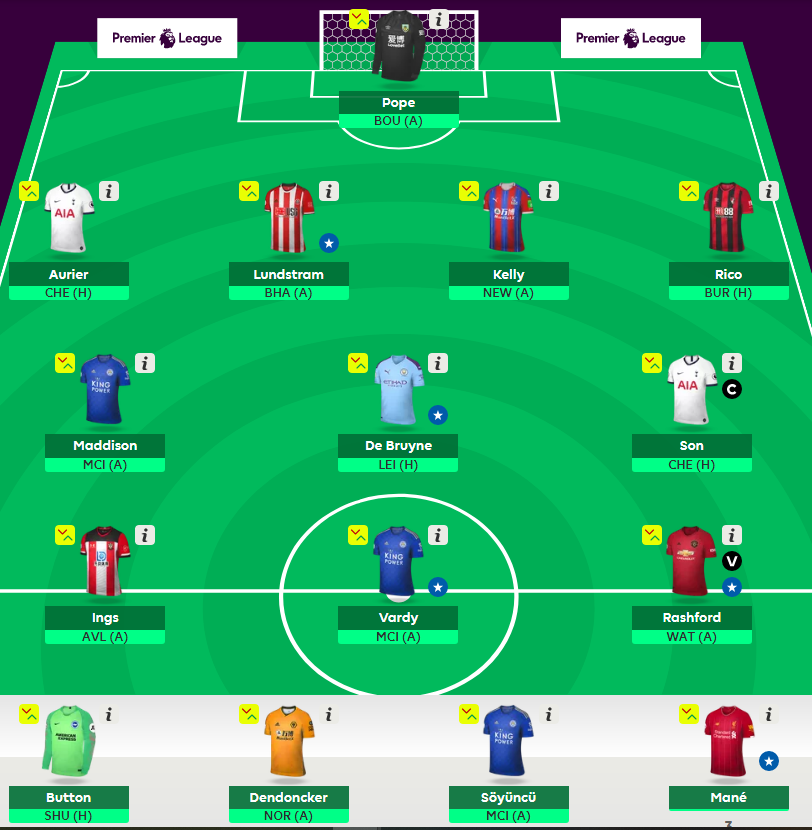