Jonty often brings up on the Scoutcast about how he loves his shots in the box stat, or chances created for midfielders – doing what midfielders should. Of course there is community regular Doosra with a stat table always at the ready to answer every question. Statistics are clearly a staple part of many Fantasy managers psyche, but which single stat is the best to follow. Here I’ve sought to find the best correlation between goals and assists over the last four seasons, crunching some numbers to find out what is the best stat to use to predict Fantasy returns. 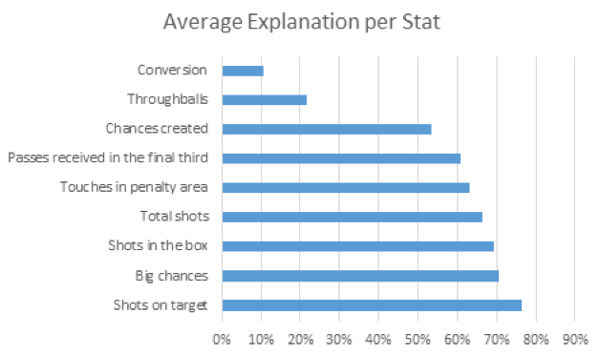 The above chart shows the average R squared per stat over the last four seasons. R squared is basically how well the stat explains the differences in performance (a more technically correct definition is how it charts the differences from the mean, in this case a linear trend line joining the stat to goals and or assists). I worked out how well the shot based stats per player correlate to goals scored over the season, the touches and passes received to goals + assists and the chances created and throughballs to assists.

What the data shows over four seasons (2011-2014) is at least over a season that Jonty and other shots in the box fans are better off looking at shots on target. Also touches in the area and passes received type involvement based statistics are pretty poor predictors of goals and assists relatively (especially when used in isolation) and chances created and really good chances created (throughballs) are really poor at explaining assists. 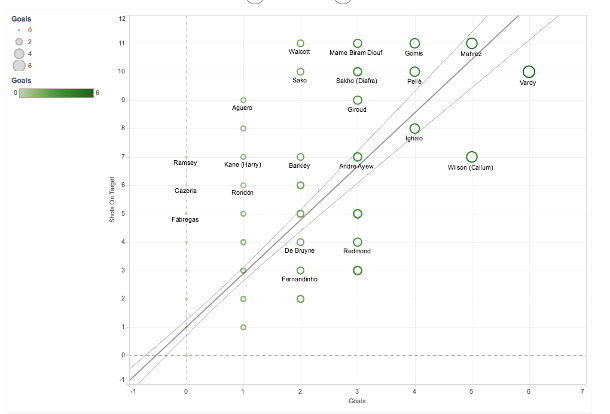 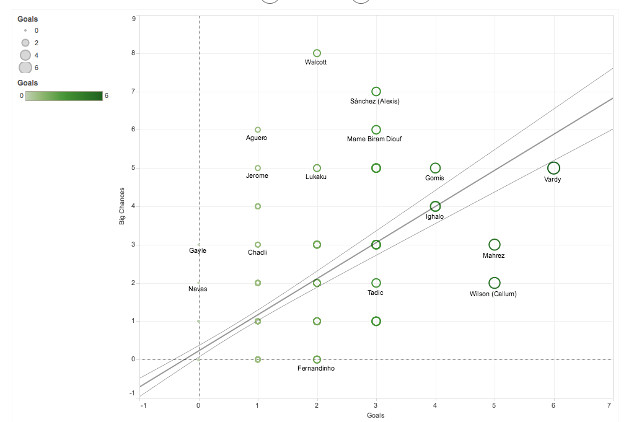 Of course you can and should use stats in combination and small sample sizes for this season caveat but I thought it was an interesting exercise and is hopefully useful for some people. It is clear that with shots on target there really is one stat to rule them all.