In my last article, as part of the Pro Pundits initiative, I talked Wolverhampton Wanderers, with a specific focus on Matt Doherty (£6.0m).

Since then, the unbeaten run has continued and now stretches to an impressive nine games, despite the Europa League commitments.

With West Ham United next, and importantly, a Gameweek 18 tie at Norwich City, I still think Doherty is worth considering, if you can work him into your structure. 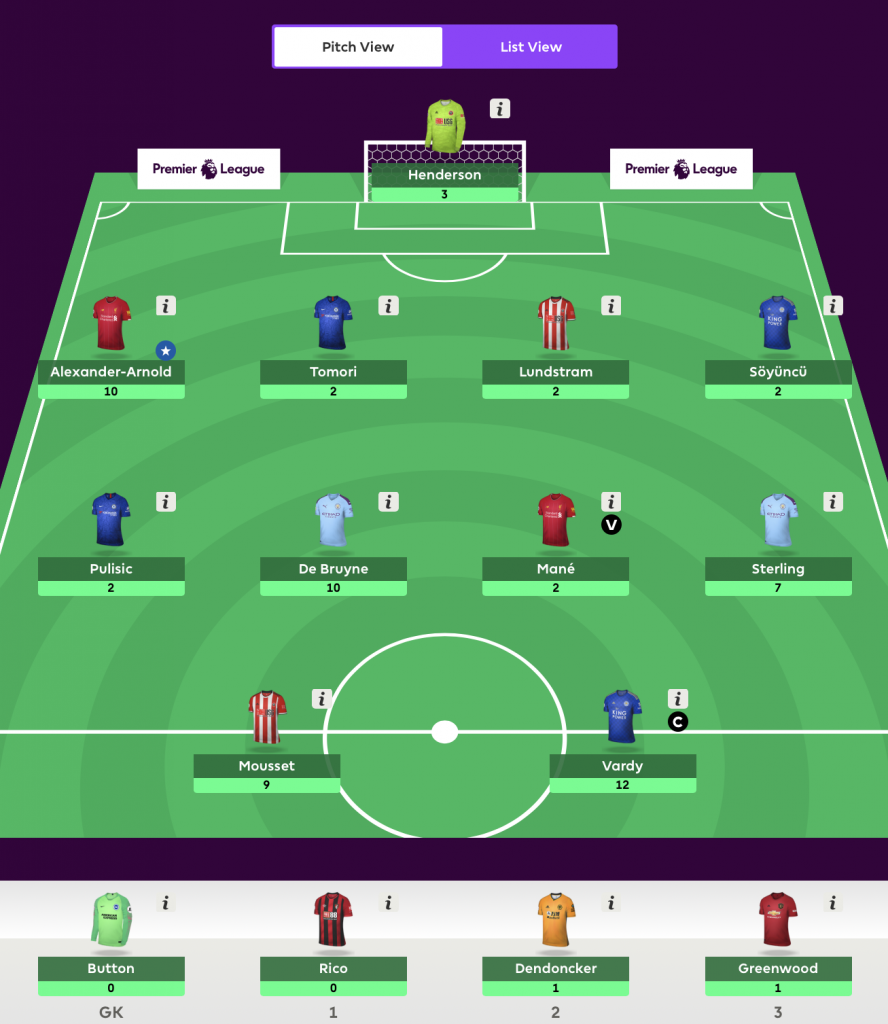 Focusing ahead to Gameweek 15, and beyond, Tottenham Hotspur are a team I’ve looked at.

Jose Mourinho’s system to date has been effective, particularly on the attacking side, with Serge Aurier (£4.9m) one of the main beneficiaries.

What we’ve often seen is Aurier high up the pitch, playing as a winger, while the left-back has tucked inside to form a situational back three in possession.

You can see this back three, and how advanced Aurier is in comparison to Jan Vertonghen (£5.2m), from their average positions map versus Bournemouth below.

This transforms Spurs shape into something resembling a 3-2-4-1 when in possession.

Whilst Aurier is on my Watchlist, Dele Alli (£8.5m) is the player I want.

It’s a move I decided on last week, having read this quote by Mourinho:

A quick look at Alli’s shot locations below over the last two Gameweeks suggests he can get back to his best level under Mourinho.

In my opinion, he will keep pace with Son Heung-min (£9.8m), for a smaller outlay. Now I just need to decide when to pull the trigger.

Another midfielder heavily discussed in the community is Wilfried Zaha (£6.6m), who has scored in successive games.

December’s fixtures look kind but will he get consistently good chances week in, week out? I’m not convinced.

Crystal Palace are a team who don’t take many shots, only Southampton have taken fewer this season, and their 16 big chances is the lowest in the league.

Roy Hodgson’s approach is safety-first, which makes me think investing in Palace’s defence is the way forward. With Martin Kelly (£4.1m) emerging as an option following the injury to Joel Ward (£4.5m), it won’t cost you much.

A player at that midfield price point I do like is Jack Grealish (£5.9m). He’s deservedly been picking up a lot of praise recently, and whether he’s playing on the left or in a central midfield role, he’s creating chances (only De Bruyne has supplied more this season), and is now adding goals to his game.

With a Sheffield United triple-up now in place, as I talked about in my article a few weeks back, here’s how I’m set up for Gameweek 15. 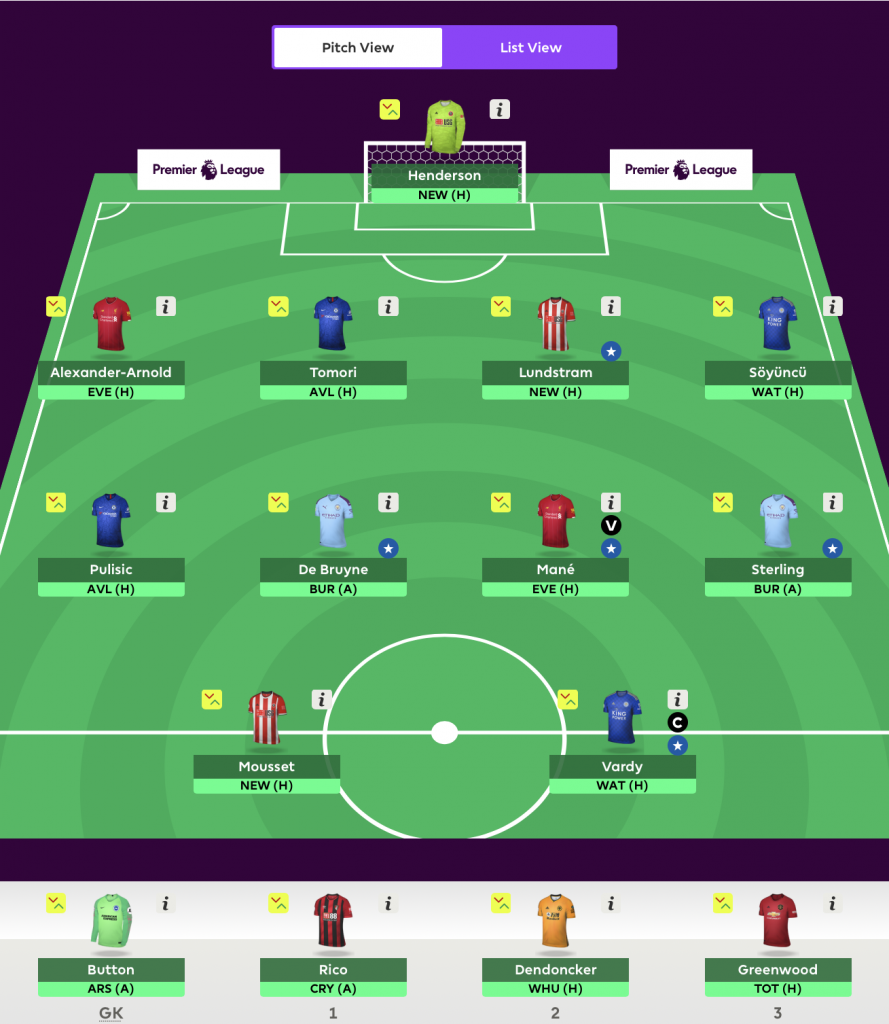 Though I will likely roll a transfer, Aurier, Grealish and Alli are all on my Watchlist.

He scored his 13th league goal of the season against Everton on Sunday and is fast becoming my go-to captaincy option, especially at home, where he’s averaging just over eight points per game.