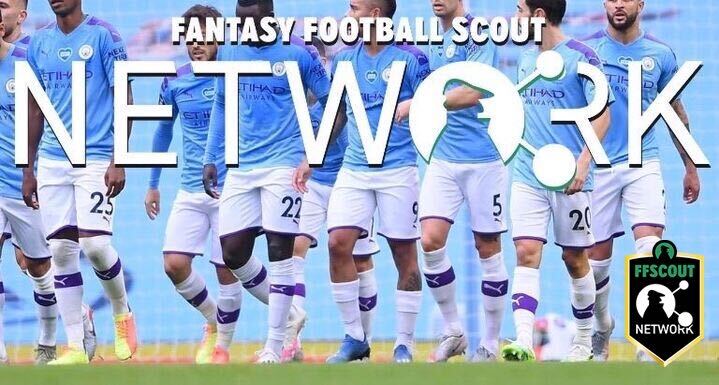 The Scout Network is a new initiative from Fantasy Football Scout designed to celebrate the very best voices in the Fantasy community, from awesome armchair managers and cracking YouTube creators to the top Tweeters and toolmakers all around the world.

Although the channels are fully independent, you can expect them to be involved in a few FFS activities throughout the season and wherever you see the SN logo you’ll know that they have the Scout seal of approval!

We’re aiming to keep the squad quite compact, but we do have a couple of slots left and will be adding to the ranks in the weeks ahead, so do check back (or let us know if you fancy a trial!)

The refreshed FPL BlackBox, now co-hosted by Az and Mark, looks at how we can learn from our mistakes to improve as FPL managers. The podcast tracks the performances and decision-making of the hosts and some of the top FPL managers, as well as tackling the usual FPL chat on transfers, captains and plans going forward.

The husband-and-wife team of Lee and Sam host a weekly YouTube live stream every Sunday at 8:30pm UK time to discuss all things FPL. Their rivalry can also be shown on their new ’FPLFamily x’ videos as well as on the Official FPL Show and Official FPL Podcast. You can also sign up as a Patreon if you want to hear more from the FPLFamily. Lee and Sam won the Silver Award in the Best in Fantasy Football Video category in the 2019/20 Football Content Awards.

Ted Talks FPL is all about supporting the FPL community with sleek, sharp, visual statistics in a wide range of illustrative styles. The primary aim is to make the presented information simple and palatable but also to strive for greater understanding of the game. You can find Ted’s ‘60 Second Stats’ video series on YouTube & Twitter with additional content on his website, tedtalksfpl.com

FPL Nymfria was the first female FPL Content Creator on YouTube and has been nominated as a finalist twice in the Football Content Awards. She won the Bronze Award in the video category for the 2019/20 season.

Nymfria has created graphics for several well-established FPL accounts and websites. As well as her weekly Dream Team streams and FPL update videos on her own YouTube channel, she is a host of the FPL WildCats.

The FPL Experiment is a weekly podcast hosted by Adam, Greg and Nick, three friends and longtime FPL fans. Follow as they attempt to manage one team to a top 50k finish. Can it be done whilst remaining friends?

Every Thursday they take a lighthearted look at the big FPL questions, review players to consider for the coming weeks and highlight differential picks to help you get ahead. They also discuss their plans for The FPL Experiment team with insight from some expert guests – expect stats, heated debate and some bragging if they get it right!

FPL Updates_Tips is social media network consisting of Facebook, Twitter, Instagram, YouTube and Telegram accounts. They provide FPL updates and tips on a daily basis. FPL Updates_Tips started as a small Facebook page and today it’s one of the biggest FPL social media pages, managed by 20 admins from all over the world.

El Statto is the organiser of the hugely popular Twitterliga mini league. His new website jumpersforgoalposts.info aims to support these mini leagues, as well as providing articles on Fantasy Football and popular tools such as the Pre-Season Squad Selector. El Statto is also well known for his excellent short video animations.

Creator of the hugely popular Twitter account of the same name, FPL Partridge is a must-follow for his viral memes and irreverent takes on Fantasy management. He’s also recently branched out into blogging.

Quamrul Hassan is a poet, journalist, sportswriter and Fantasy Football enthusiast from Dhaka, Bangladesh. The winner of ESPN Star Sports Knockout Cup 2009-10, he co-founded Fantasy Football Players of Bangladesh (FFPB) and has literally taught the game to thousands in his country in the last decade.

Ragabolly’s LiveFPL site is the go-to resource for live matchday tools. Fantasy managers can check their in-play overall rank, analyse mini-league stats, compare their performance against the top 10k, study other managers’ chip usage and so much more.

Mini League Mate is an email newsletter just for your Fantasy Premier League mini-league, sent after every Gameweek with your league’s stats, charts, leaderboards and more. Everything you could imagine is extracted to create talking points and bragging rights to keep you entertained in between Gameweeks. There’s also a wealth of tools and dashboards an FPL manager can use to get a leg up in choosing the right players at the right time but as FPL addicts themselves, MLM know that the social element of the game is what really keeps the passion alive.

Football Index Trader (aka Adam!) has been trading, tweeting, blogging, scouting and strategising all things Football Index for (almost) all of FI’s life.

Having gained a lively social media following, he started FIT in 2018 and has spent 3 years supporting members with scouting and analysis on a full time basis, racking up over 10,000 hours of experience in FI in the process.

Before FI he spent ~10 years as a Ministerial adviser and project/risk manager for the UK Government including the Foreign Office and MOD.

FPL Poker Player applies transferable concepts from poker to FPL, such as expected value and implied odds. An early convert to the expected goals model, his spreadsheet algorithms are capable of generating Premier League predictions that have a track record of consistently outperforming the probabilities implied by bookies odds. Each Gameweek he will be highlighting the spreadsheet predictions he deems to be of most interest to FPL managers.

FPL Gameweek is the complete manager dashboard for FPL fanatics, featuring all the live stats you need like rank, mini-league updates, chip use and auto-subs. It’s their unique ‘Importance’ and ‘Impact’ metrics, however, that keep their users coming back. Start seeing Fantasy in a relative way and visit the ever-expanding site to learn more.

DreamSetGo is a sports travel and experiences platform from the house of Dream Sports (India’s leading sports technology company which also hosts Dream11, FanCode, DreamX, and DreamPay) that aims to make sports fans live the dream!
They are launching a brand new series of webcasts featuring the leading Indian FPL managers such as FFS’s own Lateriser and Zophar.

FPL Greece is the largest community about the Premier League and its Fantasy Football game in Greece. They stream (daily during pre-season) at their Twitch channel. Feel free to join their discord server (in Greek) to learn more.

Dardashet Fantasy (or Fantasy Chat) is a YouTube channel that aims to deliver high-quality, unique and entertaining content to FPL managers in Arabic. The channel is run by a team of five dedicated managers with 17 top 10k  finishes between them. There are weekly videos including FPL tips, game strategies, captain picks and differentials. The channel aims to support FPL managers by providing professional thoughts backed up by eye-test and stats in order to improve their rank as well as their decision-making process.

Mick are Joff are two FPL veterans from Australia that have been racing the circuit for 14 years. Both have amazing records and a passion for the game and life, while they offer a uniquely hilarious take of events in their live stream every Thursday evening (Melbourne time).

KingFut.com is an Egyptian and African football website founded in 2012, which evolved from its roots to become a digital sports media agency. They have previously worked with the likes of Football Manager and Stoke City, and currently partner Juventus FC in the Middle East and North Africa (MENA) region. Their team comprises of Egyptian football gurus who’ve been playing FPL since the early 2010s and recently launched our own weekly FPL series ‘King El Fantasy’ on YouTube for the Arabic-speaking community.

Based on friendly disagreements, we aim through our discussions at exploring all the strategic sides of the game and its mechanisms, learn from our errors but also brag and whine as all true FPL fans do.

We consider the game as an ever-evolving puzzle in which
every concept is worth being studied. Every week FPL Froggies navigates with fun but
conscientiousness between the thin frontiers of precise
statistical data and sofa analyses.

Born and raised in Stockholm, Meltens is part and parcel of the English community surrounding Fantasy Allsvenskan, writing articles and raising the profile of the Swedish league.

He loves a cheeky punt on a perceived high-ceiling differential and is prone to letting nostalgia picks get the better of him, which swings him from the top 10k to around the 200k mark season to season. His top finish in FPL is 1,546 and in Allsvenskan Fantasy is 218.

WeAreBrighton.com was launched in 2009 when Brighton had just lost 4-0 at home to Crewe Alexandra to slip into the League One relegation zone. They are still going strong 11 years, two promotions and two stadiums later, providing unabashed coverage of the good and the bad which comes with being a Seagulls supporter.

Want to get involved?

If you have a cool tool that you’d like to share with the world, a social or video channel that you’d like to work with us to grow and monetise, some amazing tech skills you’d like to contribute, or just some great insight that you need to share, we want to hear from you!
N.B. Even if you’re not a perfect fit for the Scout Network right now don’t worry, we have one or two other initiatives we’ll be unveiling very soon!

Click here to fill out the form and we’ll be in touch.

Full-year memberships are now available for the price of £25.00. Monthly subscriptions also cost just £3.99. A FREE trial is now available.