A small portion of the current top 10,000 Fantasy Premier League managers took a leaf out of David Wardale’s book and ‘Wasted their Wildcard’ in the first 20 Gameweeks of the season.

Just under 97.08% of those in the top echelon of the game used the chip which was available to them between Gameweek 1 and late December, meaning that just under 3% did not.

These were not even inactive players either. I looked at their teams and confirmed that most of them are actually active managers who change their teams every week.

It could be the case that they did not know the chip expires before the turning of the year, which seems more likely than them knowing the expiry date and not using the chip even to take a couple of hits for free.

The percentage of managers in an overall random sample of 50,000 teams that didn’t use the first Wildcard chip is around 49%.

Taking a closer look at those teams, we find that they are mostly inactive, hence the informal name of ‘dead teams’. So, we know there is a minimum of around 45% inactivity in the game at this point.

The actual percentage will be bigger since many dead teams may have used their Wildcard early in the season before they stopped playing the game.

A future article will look at that question in more detail to quantify the definition of a dead team and calculate how many of them exist.

The arrival of the second Wildcard encouraged 2.55% of the top 10,000 managers to use it right away this week. Their most selected players are shown below. 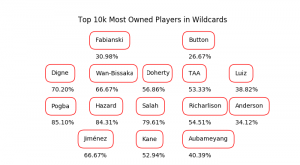 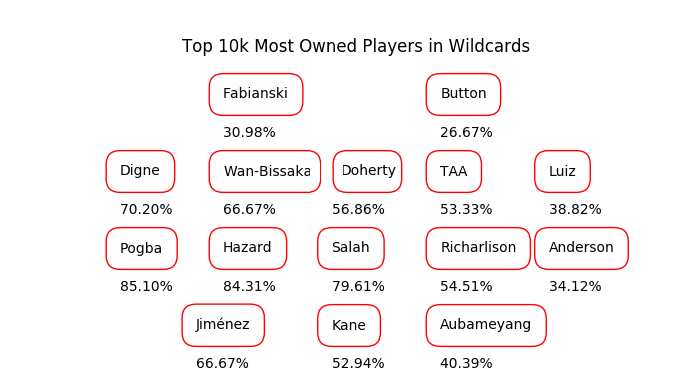 It is interesting to note how low those percentages are in the top 10k. In previous seasons, it was the case that many managers who enter the top 10k early are those who utilized their chips earlier and took the advantage over more experienced managers who delay their chips till the blank and double Gameweeks.

The percentages in the table above show that most of the managers who are currently enjoying outstanding overall ranks were not particularly helped by the usage of early chips. In fact, no chip has been used by more than 13% of the top 10,000 managers. 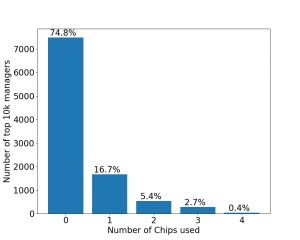 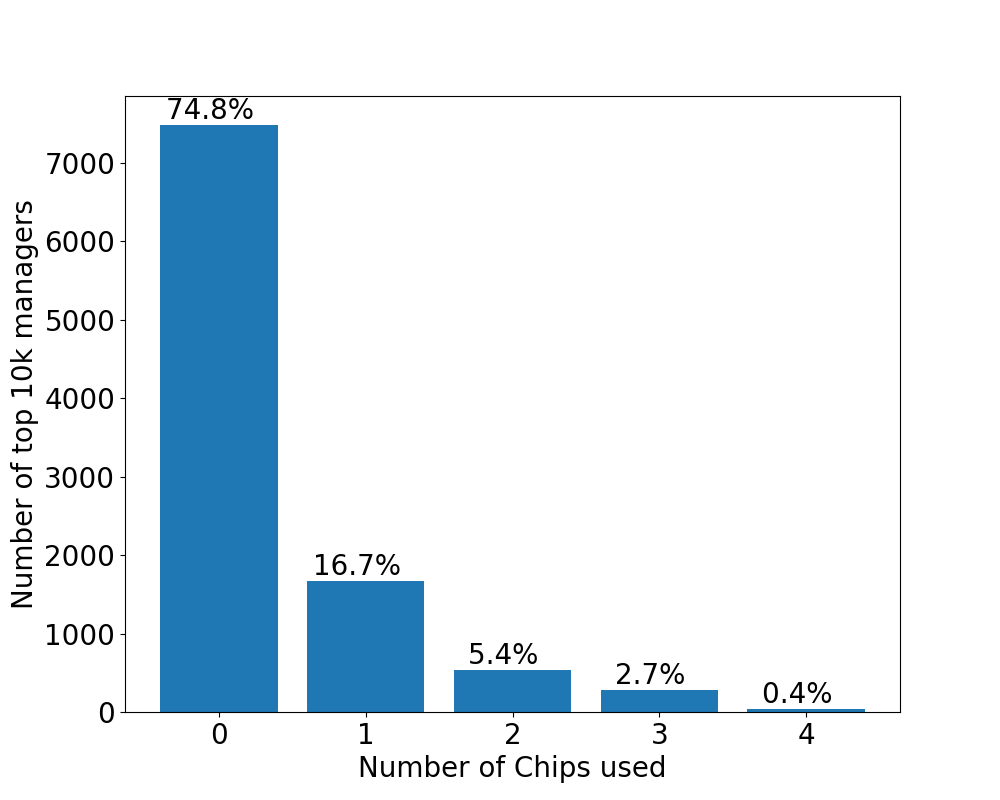 The figure above shows that around 75% of the top 10,000 managers have all of their chips intact. If they hold onto them for around 10 more Gameweeks when the blanks and doubles usually start, then we could see something different this year.

As three-quarters of active managers have all the freedom to deploy their chips in any order to cover the double and blank Gameweeks, it might be more challenging to rise up the ranks using late chips strategies like last season.

We will keep monitoring chip usage in the top 10k in the following weeks as we’re entering the second half of the season.

Memberships for the 2018/19 campaign are now available for the price of just £15.