Az looks at two problematic players and the options available to Fantasy managers who own them.

So, after a strong 11 weeks which saw me move from a rank of around two million to 115,000, the last four weeks have seen me get a bit stuck in the mud.

In the last four Gameweeks, I’ve risen 3,000 places to a rank of 112,000. It’s hardly a meteoric rise but after a turbulent season, a bit of stability and consolidation is quite welcome.

Now we’re in February, it seems a good time to think about your targets for the end of the season. Like last year, I’m seeing good managers high in the rankings – but other veteran players are struggling. Triple captaincy success and failures, in people’s minds at least, have made or broken seasons.

But a strong finish is still possible. Coincidentally, it was after Gameweek 25 last year that I hit my worst rank of the season. Staring at a rank of 408,000, I was feeling quite pessimistic but still managed to get myself safely inside the top 100k (finishing around the 62,000 mark).

It can be tempting to go for broke when you see others’ success stories (for example, I’ve seen people rising from 300k to 80k in one week), but I feel like steady gains are key rather than chasing big hauls. With chips left to play, and 13 Gameweeks to go, even those who feel like their season is unrecoverable can still have a good finish.

I can’t see any reason why people sitting in the millions can’t realistically achieve a comfortable finish inside the top 100k if they resist the urge to take too many ‘punts’ and potentially cause more damage.

As we so often see with Fantasy Football, the times are a’changing. With high ownership comes great potential to move away from the herd, no matter what rank you are. And there seem to be two heavily owned players who we need to make a decision on.

What to do with Jamie Vardy? 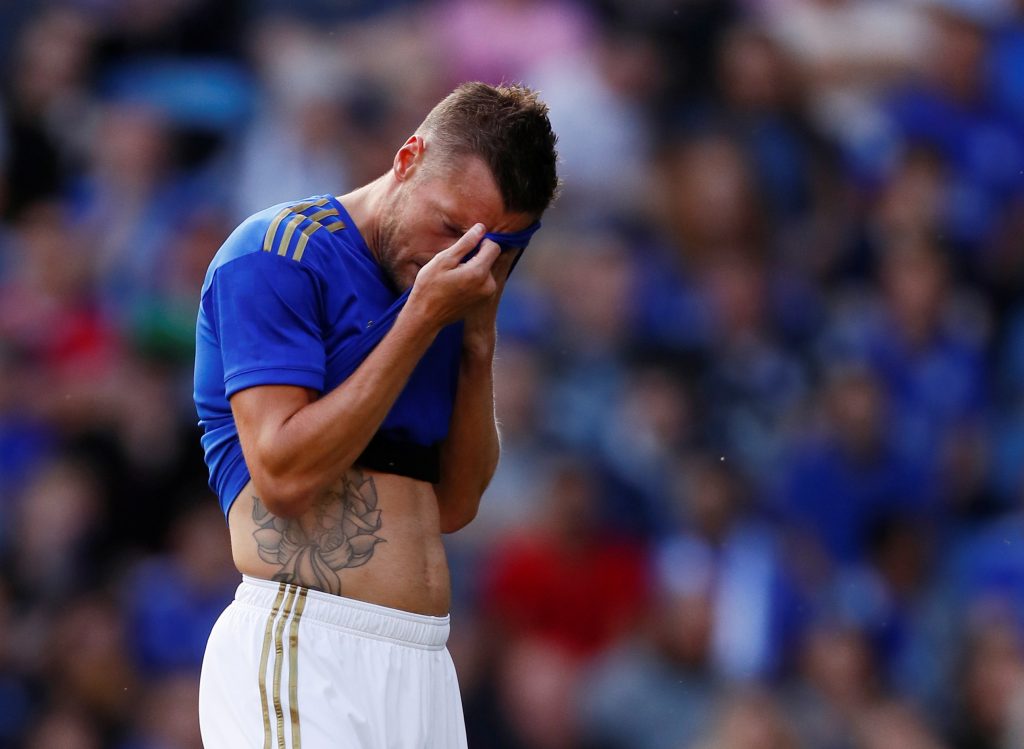 As Jamie Vardy (£9.8m) scored another goal in Gameweek 18 against Manchester City, his tenth attacking return in a row, it seemed unthinkable that he would only get a solitary assist in the next seven matches.

For any with the foresight to take him out, congratulations, but owners of the Englishman have a decision to make, as there’s no doubt that Vardy’s form gives cause for concern.

Vardy seems to be suffering with a niggling injury. His stats against Chelsea and Burnley, in particular, were both really poor, with only six penalty area touches and three goal attempts in these games. His high price point and poor form are seeing him shed sellers by the thousands but at the time of writing he remains in 39.4% of squads and if you move him on for a forward who can start to deliver consistently, then this is a ticket up the rankings for sure.

However, high hopes for other strikers, such as Raul Jimenez (£7.7m), Pierre-Emerick Aubameyang (£10.8m), Danny Ings (£7.0m), Sergio Aguero (£12.0m), Tammy Abraham (£7.7m) and even slightly more left-field options like Dominic Calvert-Lewin (£6.1m), showcase the potential that getting the three “right” strikers for the coming weeks.

For me, if I could pick three strikers going forward, I’d go for Ings, Jimenez and Aubemeyang (making sure I had a suitable replacement to come in for Gameweek 28).

Ings has blanked in his last three games, but with matches against Wolves and Liverpool, plus a 20-minute cameo away at Crystal Palace, this perhaps isn’t too surprising. He’s remained a threat throughout and 14 penalty area touches, ten goal attempts (with nine in the box) and an xG of 1.59 tells me that he hasn’t lost his way. With a great run of fixtures to come, and a modest price tag, he seems a great pick.

Jimenez is a player who I sold a few weeks ago and while his replacement (Firmino) has done well, the Mexican is calling out to me. There are few strikers as consistent as Jimenez: he has registered attacking returns in 14 games and seems to tick over each week.

I know some grow frustrated with his lack of “big” hauls (he does actually have three double-digit returns this season), but it’s important to remember this is a £7.7m striker. Barring injury, I’d say he’s a keeper from now until the end of the season.

While Firmino is performing well in my side, I am conscious that Sadio Mané (£12.2m) and Andrew Robertson (£7.0m) may have a part to play in my season, and so am casting my eye enviously at owners of Aubameyang, who is back from suspension and made it through a tricky game away to Burnley with a blank –  which I hope will put new suitors off.

The Gabon international – in my view the front runner for the Golden Boot – plays some of the leakiest defences in the league over the next seven Gameweeks, with home games against Newcastle, West Ham and Norwich all looking particularly inviting. I’d be amazed if he didn’t score some serious points in these weeks, and I wonder if Mikel Arteta will look to use him more centrally with rotation on the cards for the likes of Gabriel Martinelli (£4.6m), Nicholas Pépe (£9.1m) and Alexandre Lacazette (£9.3m).

What to do with John Lundstram? 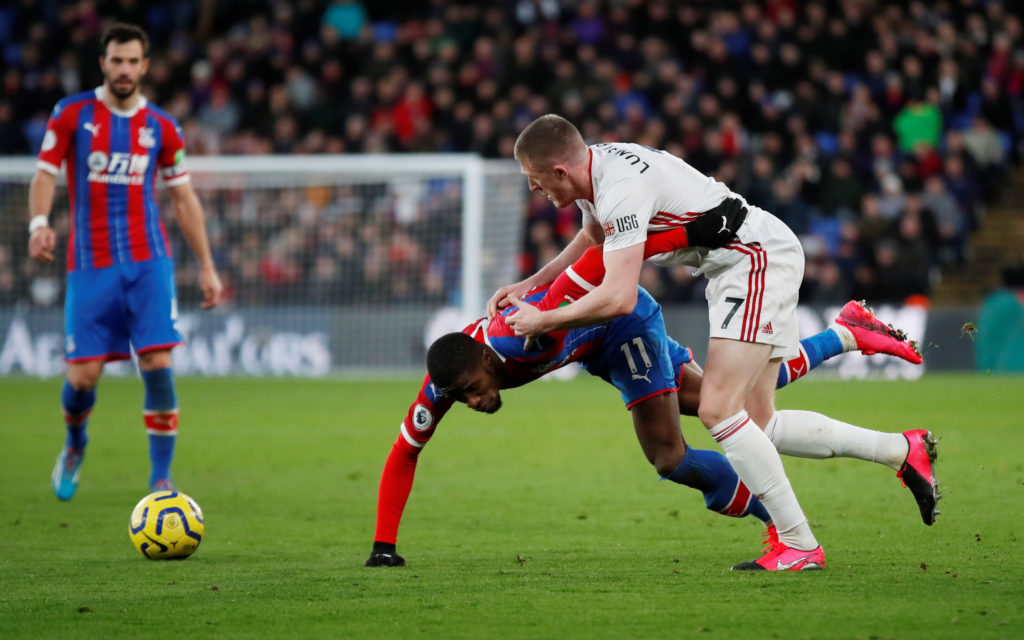 As a late arrival to the Lord John Lundstram (£5.1m) party, I perhaps don’t view him with the same regards as some of you reading this article. I can’t deny that the former £4.0m FPL defender has shone this season, with his 21-point haul against Burnley a frankly legendary reward for owners, but the writing has been on the wall for a few weeks now.

One of the main reasons I avoided Lundstram at the start of the season was because of the amount of competition in the midfield for Sheffield United, and as he wasn’t even first choice when they were in the Championship, I sensed that only an incredible run of form at the start of the campaign would mean he kept his place – which is of course exactly what happened.

However, recently Lundstram has been off-form, subbed in two matches and then relegated to the bench for the next two. The signing of Sander Berge (£5.0m) adds further competition to midfield and rumours of contract disputes with Chris Wilder continue to rumble.

Praise for Lundstram’s contribution from the bench did not go unnoticed by his army of followers but with Sheffield United having a superb run of games, it seems vital to be moving forward with at least one defender in your ranks.

For those with Dean Henderson (£5.0m), perhaps Lundstram’s current situation is less of an issue. But for those with just the Lord, I think now is the time to thank John for his points and pack his bags.

Enda Stevens (£5.1m) and George Baldock (£5.1m) both cost a bit more if you have owned Lundstram since the start of the season, and if you are after goals, I wouldn’t hold your breath. Over the last six Gameweeks, they have had three goal attempts between them.

While Baldock only has two chances created to his name, Stevens has six, and looks the better option from the stats and my own “eye test”. The centre-backs, while a bit cheaper, are even less likely to score you points outside of clean sheets, with only one assist between the three of them.

But it’s clean sheets which seem to be Sheffield United’s forte, and £4.5m for a defender for a team that loves a 1-0 win still seems a bargain. Stevens would still be my pick if you can afford him, but for those with Lundstram and Henderson, I would be tempted to stick with the Lord and hope he regains his place. I still feel like he offers something that other players in the team do not, and if he does get his contract sorted, may yet have a part to play in our squads and seasons.