A total of 31 points immediately after a Wildcard and a Gameweek rank of 5,073,134: things did not go exactly to plan in Gameweek 9. 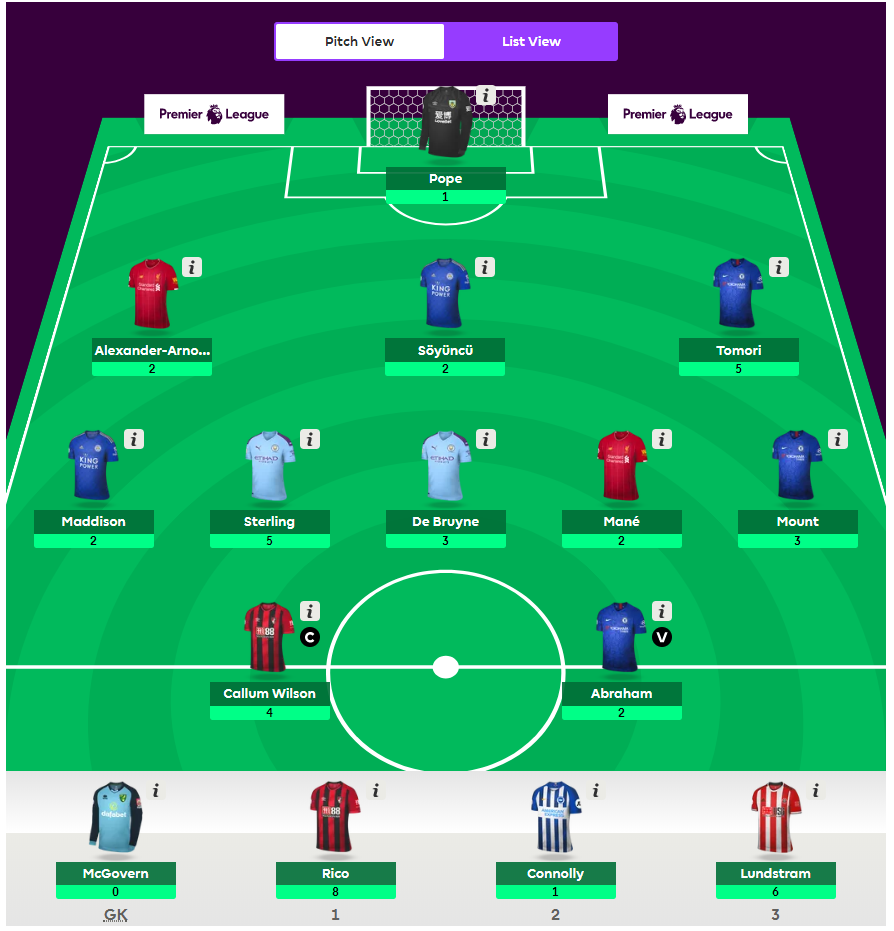 Callum Wilson (£8.0m) disappointed me again, and despite the bookies and pundits expecting the goal tally from the Bournemouth v Norwich game to go into double-digits, the game ended 0-0, with both sides registering their first clean sheets of the season.

As far as possible, I try to bank a transfer the week after the Wildcard as one week is not enough time to really judge FPL potential. I had also a busy weekend with it being Diwali over in India and had little besides statistics to rely upon, which can be dangerous. Statistics don’t show you how De Bruyne was faced with an open goal and only denied by his team-mate’s selfishness.

So I rolled a transfer, something which was aided by the Friday deadline as I often get itchy fingers on a Saturday morning. I didn’t have high expectations for my Leicester assets in the Southampton fixture. The Saints had conceded very few chances away to Wolves and perhaps were turning a corner under Ralph Hasenhüttl. I benched Caglar Soyuncu (£4.7m), expecting Saints and Danny Ings (£6.0m) in particular to score and didn’t expect James Maddison (£7.3m) to really get a big haul.

What followed was one of the most painful experiences I have had watching a football match. The Saints’ red card had me rubbing my hands in glee, expecting a points windfall, but the minutes passed and I saw Harvey Barnes (£5.9m) and Ayoze Perez (6.1m) plunder the points. I told myself, “This is just random. Look – even Jamie Vardy isn’t involved.” And then my heart sank when he bagged their fifth. 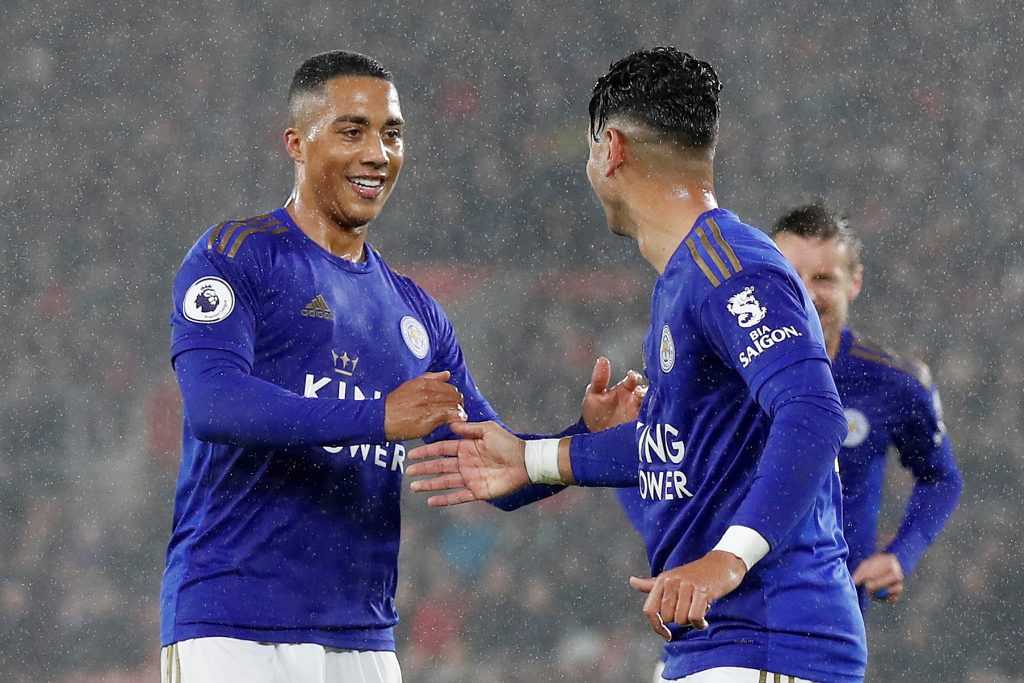 Seven goals in, I was reaching for the whiskey as Maddison displayed a complete aversion to the penalty box area. I can handle players not delivering points due to finishing or bad luck but watching Maddison run the game in a position alongside Wilfried Ndidi (£5.0m) had me beating myself up over why I would pick such an asset in the first place.

About four drinks in, I saw Vardy win a free-kick on the edge of the Saints’ penalty area. The only time I owned Maddison last season was for their game against Huddersfield, in which he scored from a free-kick. I mumbled to myself, “The way this night/season is going, he will probably cross it to Evans who is going to square it for Vardy”. Then I saw the ball hit the back of the net.

Never have I celebrated five FPL points with such gusto. Whiskey was spilled everywhere. Night salvaged, and I figured this might be the inspiration I needed for the season ahead. Be patient, the results will come.

However, one thing was clear to me on Friday night – I needed to get Jamie Vardy (£9.3m). I already had my eye on shipping Wilson as revenge for his captaincy failure against Norwich but figured it was best to wait for the games to finish.

Saturday started well with Sterling bagging my first captain goal since Gameweek 3, and I didn’t really lose any points with the award of the third goal to David Silva (£7.7m) over De Bruyne. Nicolas Otamendi (£5.5m) not starting vindicated my decision somewhat to get rid of him on the Wildcard, meanwhile. I registered a total of 57 points in the end, with all attacking players except Wilson delivering, and naturally he was the target of my ire. 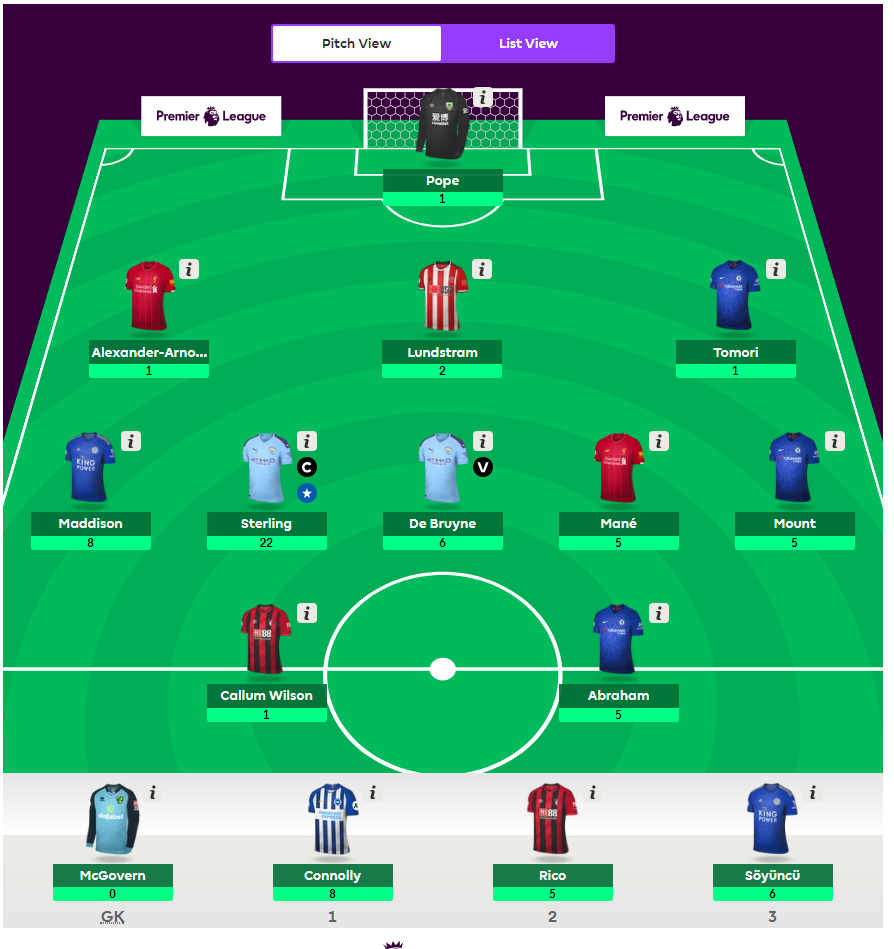 With two free transfers burning a hole in my pocket, there was no way the Cherries’ frontman was retaining his spot in my side. When assessing transfer decisions, I ask myself two questions:

Addressing question one first, Rico, Lundstram, Tomori and Soyuncu had all registered at least one clean sheet over the last two matches, and Trent Alexander-Arnold (£7.2m) had been impressive despite not registering any returns. Defence was ok.

The midfield had all registered attacking returns but I couldn’t help but feel I had got out of jail with Maddison. He had 115 touches in the Southampton game, the second highest of any player on the pitch, but just one penalty area touch and zero chances created. Definitely a red flag.

Then I decided to look into Wilson’s stats and noticed that the Bournemouth striker did not register a single attempt against Watford. It seemed clear that these were the two players that need to go.

As for question two, I’ve always rated Vardy as a player but his awkward price tag made it difficult to include him in my Wildcard or in the Gameweek 1 team. I had a look at his fixtures and he had Arsenal in Gameweek 12 when Liverpool and Manchester City play each other. Vardy is a great captaincy option then as I don’t really fancy Abraham against Palace that week. Good fixtures, nailed and more goals than any player since Rodgers took over. Ownership on the rise. Quite simply, he needed to come in despite the immediate fixture away to the Eagles. 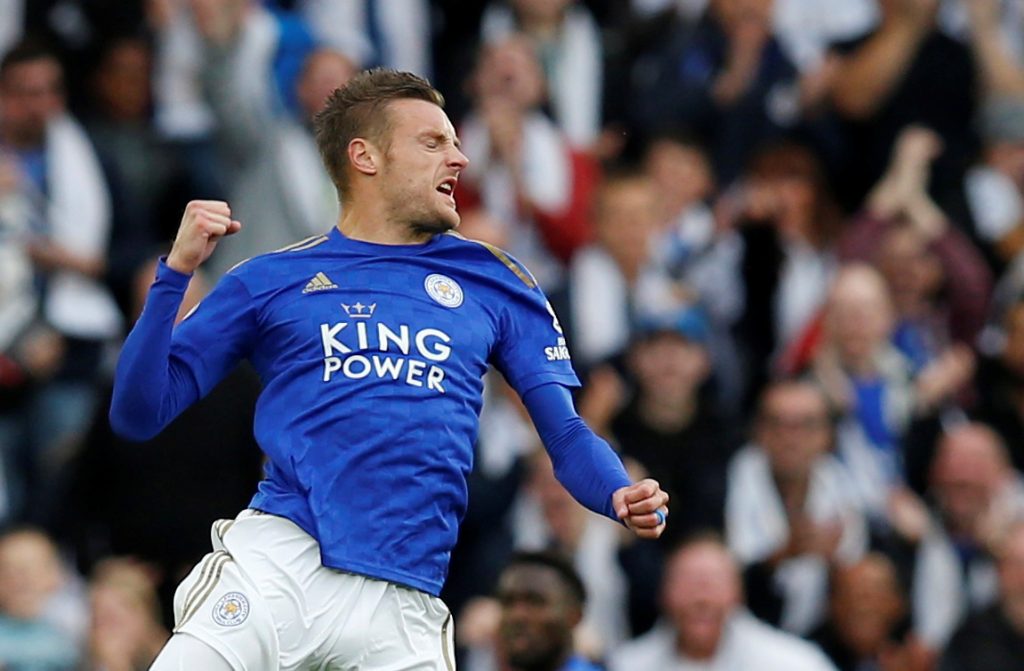 I had £6.1m for a replacement. The candidates I considered were:

In the end, I got Perez and Vardy in for Wilson and Maddison, with the following thoughts on the former Newcastle man: 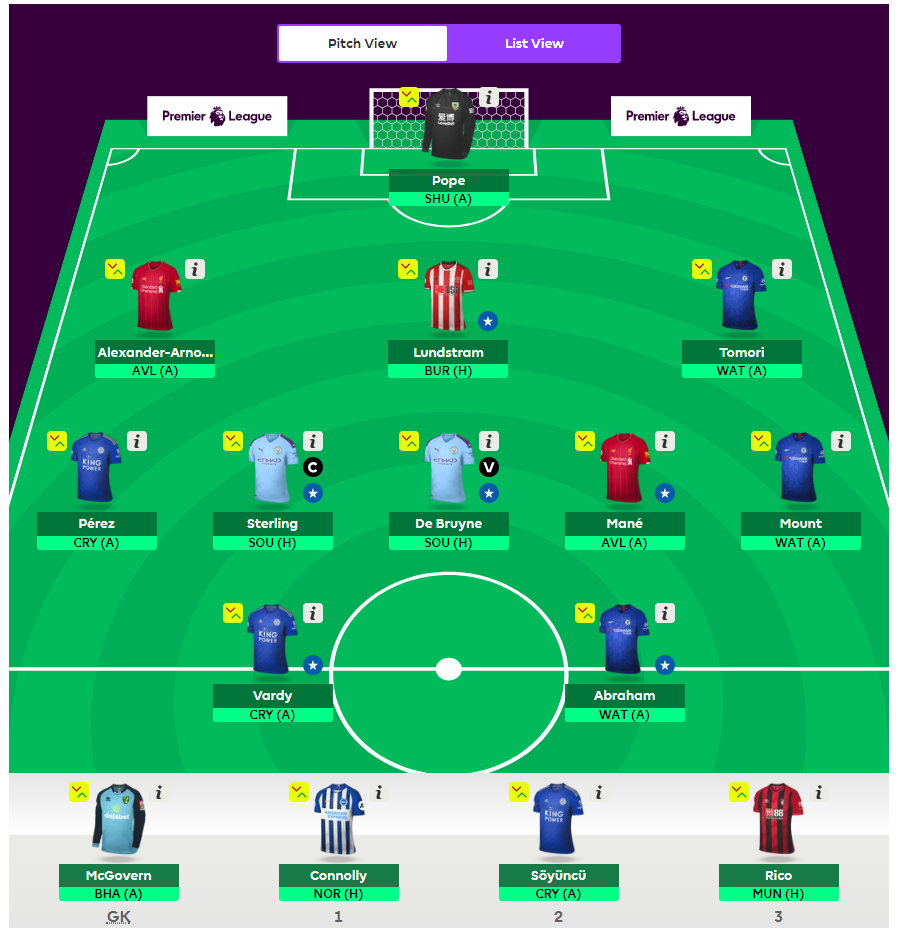 My squad now has ten players from Leicester, Chelsea, City and Liverpool, the four teams occupying the top four spots in the league. The plan is to stick with Perez at least till the Arsenal game and have two free transfers over the international break.

See you on the other side.