Whilst most managers would consider it way too early to Wildcard, especially with all the uncertainty around fixtures and Covid cancellations, there is some method to the madness.

For starters, we now know (coronavirus permitting) that Everton, Brentford and West Ham have Double Gameweeks in 21, plus there are further doubles almost certainly coming for a host of teams in Gameweek 22. We also know that a number of players who’ve been fixtures in the template will need moving on, something I’m certainly feeling. For instance, Chelsea players are far less desirable in the short-term with blanks, tough fixtures and erratic form all playing a part even before the Reece James injury, Arsenal’s fixtures aren’t much better, whilst AFCON meant we had to get rid of the likes of Mohamed Salah, Sadio Mane, Said Benrahma, Romain Saiss, Riyad Mahrez and, until this morning, Emmanuel Dennis!

Add to this general underperformance of players in my squad like Bernardo Silva and Tino Livramento, unknown return dates for Conor Gallagher and Ben Foster and a feeling that I’m just a bit ‘out of sync’ from the high performers and suddenly the case for a Wildcard doesn’t seem so hard to make.

There is also a potential nuanced chip strategy on offer, with the potential of using a Wildcard in Gameweek 21 to lead into a Bench Boost in Gameweek 22, taking advantage of doubles and prime fixtures, although the lack of data on the 22 doubles makes this less likely.

Obviously, when you’re going to wildcard rather than simply free hit you’re looking for a longer-term strategic decision that takes into account a number of factors:

On top of all this. we also ideally want some flexibility to change when it all goes wrong, hence the desire to leave a little cash in the bank for maneuvering.

I’ve tried to connect all of the above in my thoughts, although the Double Gameweeks are the prime consideration, which has led to a balanced approach with Everton and West Ham for Gameweek 21 and decent fixtures, plus Liverpool, Spurs, United and Brighton for fixtures and potential Gameweek 22 doubles. I’ve also kept a hand in City, but have abandoned Chelsea and Arsenal totally. I will definitely want to bring Dennis back in (now he’s NOT at the AFCON), but I can do that in Gameweek 22 if I feel the need.

Naturally, like any Wildcard, this is a work in progress and will likely change multiple times before the New Year deadline! 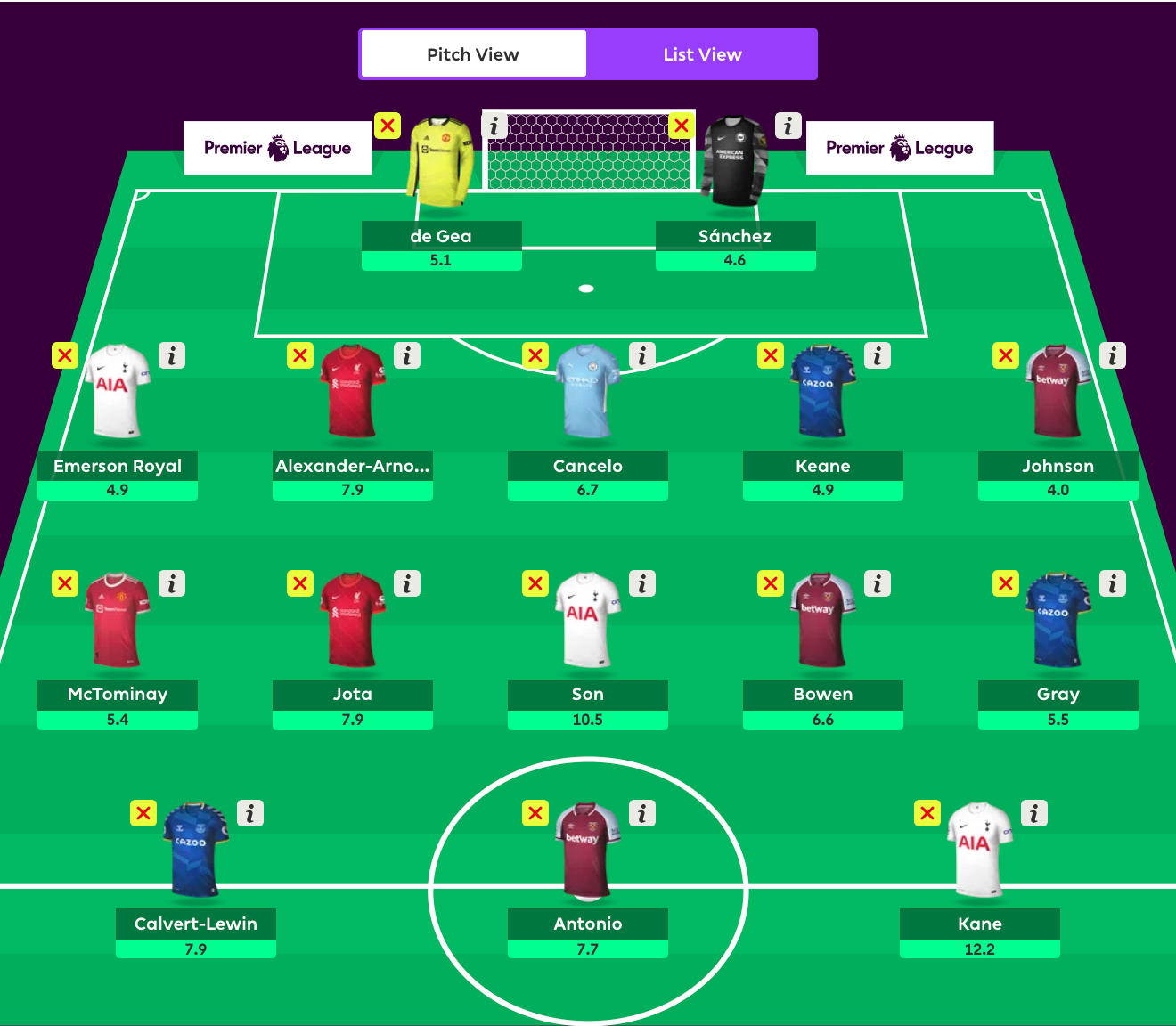