In his latest Pro Pundits article, Lateriser12 – who has overall ranks of 77th and 189th to his name – shares his thoughts on the changing FPL landscape.

Happy New Year, everyone! Here’s hoping the festive period was fruitful for you guys. It certainly was a ‘Merry’ Christmas, Fantasy Premier League-wise, for me.

Last time I wrote was just before Gameweek 18 where I found myself ranked at 85.6k. Today, I’m sitting at 19.8k. A lot worked for me over Christmas but mainly it was the differential ‘switch-hit’ captaincy on Anthony Martial (£7.9m) against Newcastle United and he rewarded me with 30 points that most managers didn’t have. I’ve spoken about this in depth during my chat here with Joe.

Looking forward, there’s a few interesting things I want to talk about and they include everything outside of the Double Gameweeks.

The FPL eco-system has changed a fair bit and we have a few new managers in the league, namely Carlo Ancelotti, Mikel Arteta, David Moyes and Nigel Pearson, which changes things. I don’t need to talk too much about Watford, Everton and Arsenal here as David and Neale have already done some amazing work with these teams.

You should know that I am considering bringing in Ismaila Sarr (£6.2m) as soon as this week after reading David’s article and watching some highlights. In addition, Mason Holgate (£4.4m) and Dominic Calvert-Lewin (£5.9m) are high on my FPL radar. Holgate in particular has a strong magnet-like tendency to attract the ball towards him on a lot of set plays. I reckon he’s got some goals in him until the end of the season.

We even have a huge FPL asset returning potentially as an ‘out of position’ player and that needs to be monitored closely. Son Heung-min (£9.8m) as a striker for Tottenham Hotspur is a very tasty proposition indeed and while we cast our eyes on the Double Gameweek 24, we should keep in mind these dynamic shifts that are occurring in the FPL eco-system. Son has some semi-decent fixtures coming up and I’m keen on seeing how he does in the near future.

Here I’ve scanned how Tottenham midfielders have performed in the absence of Harry Kane (£10.9m) in the past.

Of the new managers that have come in, one that I’ve got a very keen eye on is Mikel Arteta. I saw his first press conference for Arsenal and he comes across as a strong and confident character with some intriguing ideas. If I was an Arsenal fan, I’d be very optimistic.

I’ve seen the last two games Arsenal have played and they look like a completely different team. They’re creating some good chances and are pressing extremely hard. I think there could be some value in their defence in the mid-term. They also have some good fixtures coming up and sit fourth on the Season Ticker until Gameweek 32.

Arteta finally started Nicolas Pepe (£9.1m) against Manchester United and in the 60 minutes that he did play, he looked mightily impressive to me. The positioning for Pepe, Alexandre Lacazette (£9.3m) and Pierre-Emerick Aubameyang (£10.8m) is eye-catching as they all seem to play in the front line. 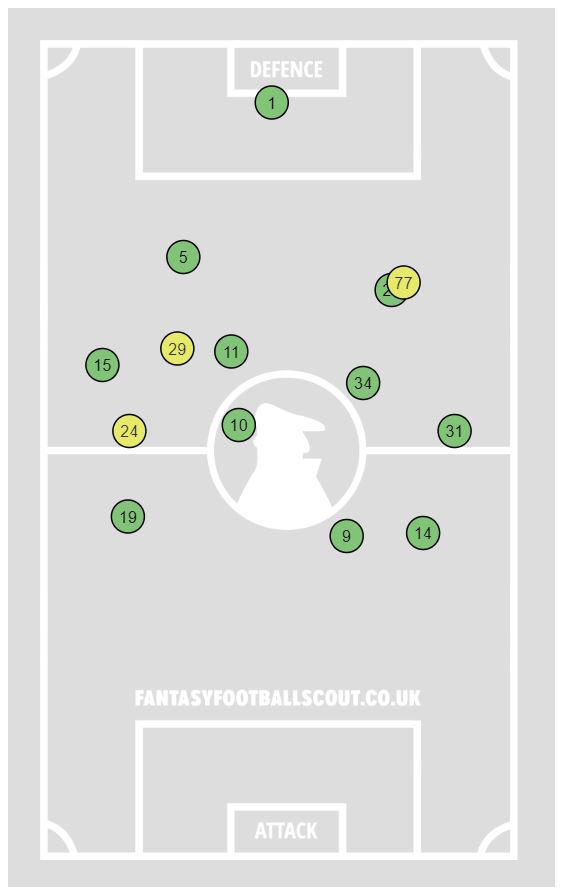 Watching the game, Pepe looked particularly threatening. It is worth noting that he was on corners, as well, as he had been under Unai Emery. The proof is in the pudding as Pepe indeed recorded the highest xG amongst all attackers in that game despite playing only 60-odd minutes. He is one I’m going to closely monitor for the next couple of weeks.

Another thing to note from the festive fixtures is a certain bargain FPL defender. Manchester City’s Eric Garcia (£4.5m) has started the last two fixtures and, although some key defenders from City are coming back from their injury lay-offs, this is a situation worth keeping an eye on. Pep Guardiola has heaped a lot of praise on this youngster and with the City boss playing three central defenders of late, there could be a bargain for us available here.

Another defender I want to talk about here is a legend from last year, Matt Doherty (£6.1m). The Wolves defender has come so close to a goal in the last few weeks and has really caught my eye. He does have three tough fixtures in the next five though so maybe he could be a good bet for the end of the season.

Doherty has had the highest number of goal attempts and big chances among defenders in the last four Gameweeks and is leading the charts quite comfortably.

This article would be incomplete without addressing the elephant in the room. There is an attacker who costs £8.4m and these are his stats in the last four Gameweeks:

We’re talking about the in-form, FPL royalty of one time, Mr Riyad Mahrez.

If we knew he was nailed in the City team, he’d be in all of our squads. But at £8.4m, do we really need him to be nailed? Even if so, you should know that he’s played three out of the last four league games and played 45 minutes in the game he did not start.

Despite having featured for less than 1,000 minutes this season, he sits eighth in the FPL midfielder points table and has 13 goal involvements to his name already. 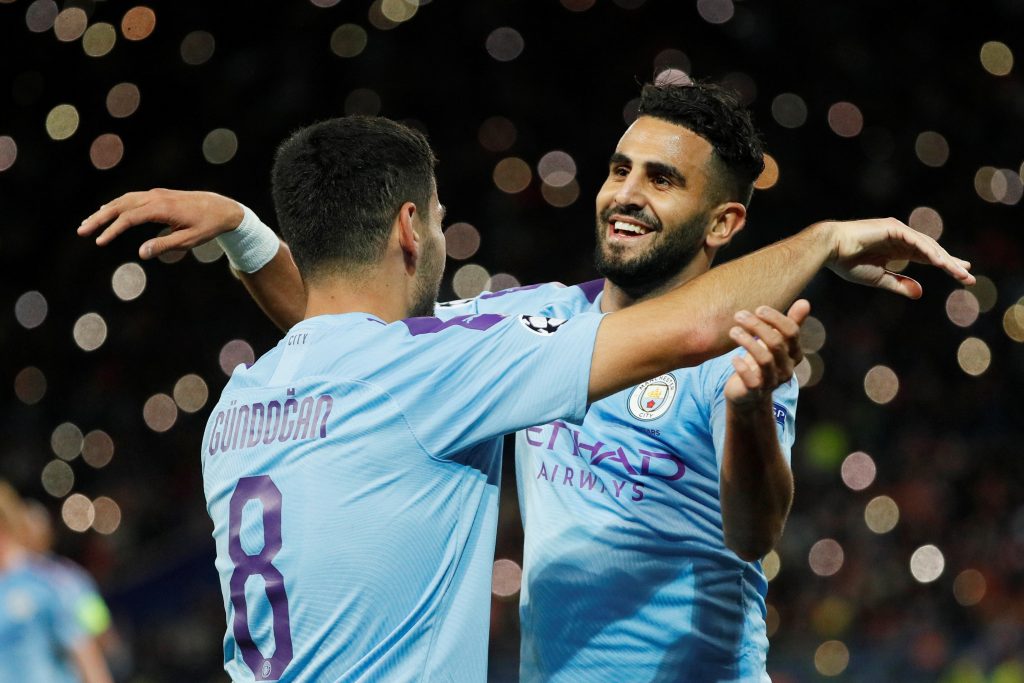 Next up he plays an Aston Villa side that has consistently been one of the worst defensive teams in the league and has lost their marquee goalkeeper for the rest of the season. City then have a home game against Crystal Palace, who have injury problems of their own.

I have been here before with Mahrez and it didn’t exactly work out. The decision depends wholly on your appetite for risk; I’m only presenting you with some numbers you can chew on.

One last thing I want to talk about is defensive form, as we can sometimes remain attached to our assumptions in terms of which teams are defensively weak. I’d just like to present you with one myth-busting fact: only Liverpool have conceded fewer big chances than Southampton in the last four Gameweeks. I just thought I would bring this to the attention of those that have their armband on a certain Jamie Vardy (£10.0m).

Before I sign off, I’ll just add that I haven’t really thought about what moves I will be making this week. But I will tell you that I am closely looking at the Vardy stat and a few sultry players from the Manchester City team – including Sergio Aguero (£11.7m) – are currently seducing me. My team is in perfectly good shape and I don’t really need to go there but they are hugely enticing in Gameweek 22. I’m not entirely sure just yet whether I will give in to the seduction or resist it.

Fantasy Football Scout user Lateriser12 has a very impressive Fantasy CV. He has registered two finishes in the top 200 (one of them equating to number one in India) and four in the top 10,000 in the last six seasons. The secret to his success has been playing non-conventionally and fearlessly, swearing by ‘upside chasing’ and not giving ownership much of a look.